Lymphoma is a cancer of a part of the immune system, also known as the lymphatic system, which fights off disease and infection. There are various types of lymphoma, including Hodgkin's disease and non-Hodgkin's lymphoma.

Non-Hodgkin's lymphomas develop when certain abnormal white blood cells begin to divide, producing a large number of abnormal cells that can spread throughout the body.

The causes of lymphoma are unknown. Certain viruses however, such as human T-cell lymphoma/leukemia and Epstein-Barr, and genetic factors have been linked to the disease. Lymphoma is more common in men than women and tends to strike people older than age 40. People at particular risk of developing lymphoma are those who have been exposed to carcinogens or have undergone radiation or chemotherapy treatments in the past.

Symptoms of lymphoma include:

A doctor will perform a physical examination, review symptoms with the patient and perform testing for lymphoma that can include:

If initial testing indicates the presence of lymphoma, treatment may include:

For additional information on programs, services and locations, download and print the following PDFs: 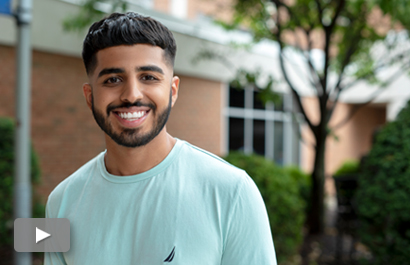