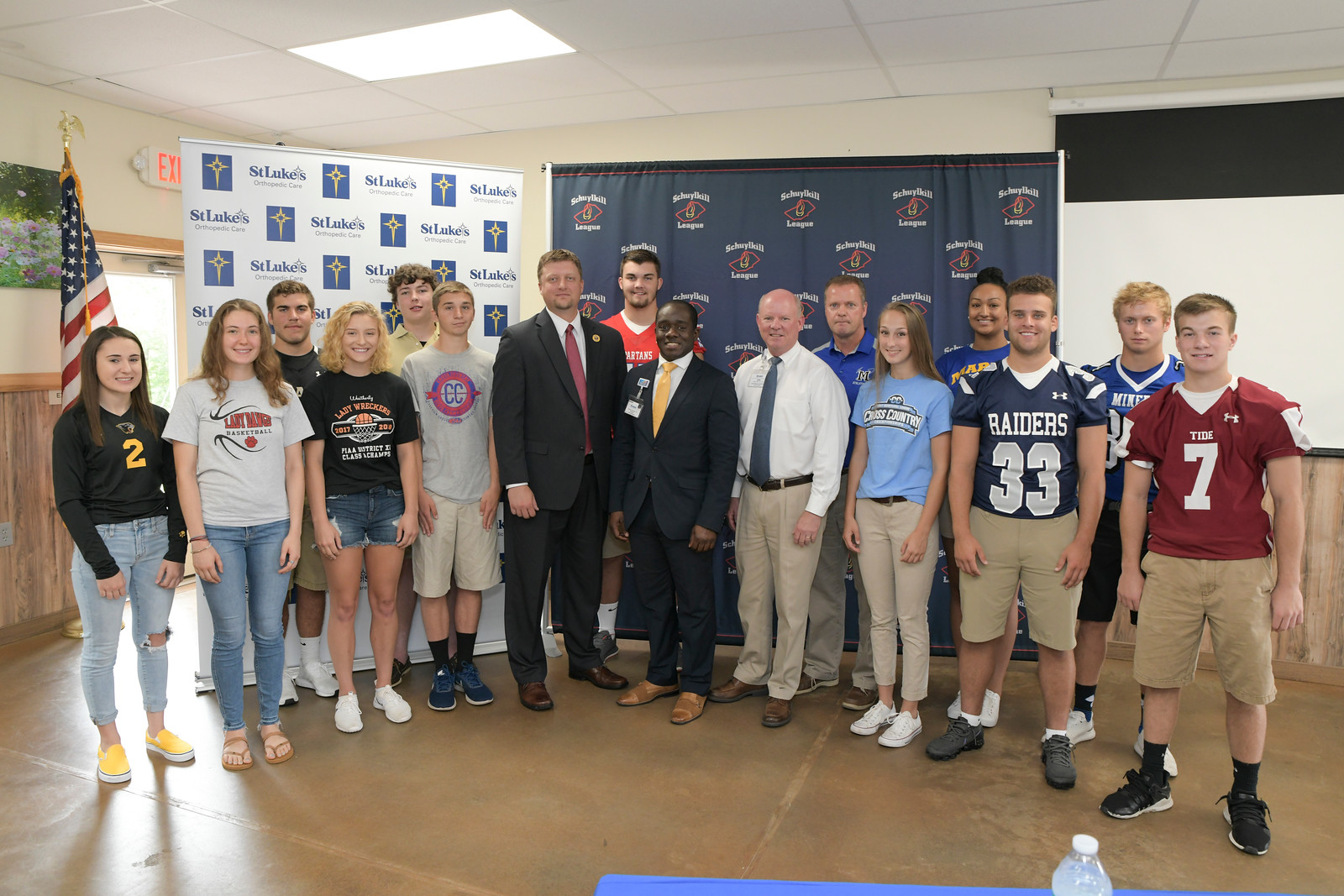 St. Luke’s University Health Network has been named the Presenting Sponsor and the Official Sports Medicine Provider of the Schuylkill League Championships.

“We will be providing the sports medicine and athletic training services for Schuylkill League championships in 12 different sports, including both boys and girls divisions where applicable,” said John Hauth, Senior Network Administrator, Sports Medicine, St. Luke’s University Health Network. “We will serve as the presenting sponsor of those championships, and we will also be providing educational opportunities to member schools throughout the duration of the five-year agreement.”

“St. Luke’s has been a sponsor of District 11 for the past few years now,” said Stephen Toth, Schuylkill League President and Assistant Superintendent at Tamaqua School District. “We’ve had smaller sponsorship's for league championship in the past, but nothing along this type of commitment. St. Luke’s is truly expanding their footprint on the medical landscape, and they wanted us as a partner.”

The five-year commitment, which begins with the 2018/19 scholastic season, will invest generously to ensure comprehensive care and other supports are available to the student-athletes of the Schuylkill League. Hauth said that negotiations for the deal began in February, 2017, with a primary objective of safeguarding the participation of Schuylkill League student-athletes participating in the Championship Series.

“The Schuylkill League comprises 18 full member schools and three associate member schools in Schuylkill and Carbon counties,” said Aaron Boggs, St. Luke’s University Health Network Program Manager, Sports Relations for the West End/Miners region. “The league is spread out pretty far over a wide geographic area, and we will be able to provide comprehensive athletic training services and standby medical coverage where none existed before.”

The new three-story, 120,000-square-foot acute care hospital being built by both St. Luke’s and Geisinger in West Brunswick Township near Orwigsburg will be completed by next year and be a pivotal point for emergency treatment and other acute care to ensure the safety and support of Schuylkill League student-athletes. The facility will offer a wide range of emergency, specialty and outpatient services.

“We are extending our name in the Schuylkill region by helping the league meet their sports medicine needs,” Boggs said. “By providing services at these Schuylkill League championship events, we are showcasing our expertise along with our commitment to the community.”

“Unlike bigger leagues and District 11, the Schuylkill League didn’t really have the uniformity of coverage to send medical professional to events like the track and field championships, and we were able to come along and ensure the support and safety of their student-athletes,” Hauth said.

St. Luke’s has a team of more than 100 highly qualified certified athletic trainers who are positioned to support the needs of the Schuylkill League.

“St. Luke’s has been beyond professional and it’s encouraging to work with people like Hauth and Aaron Boggs, people who are passionate about working with our student-athletes and delivering such high-quality service,” Toth said.