Pro Golfer Who Hails from Freedom High Gets in Playing Shape 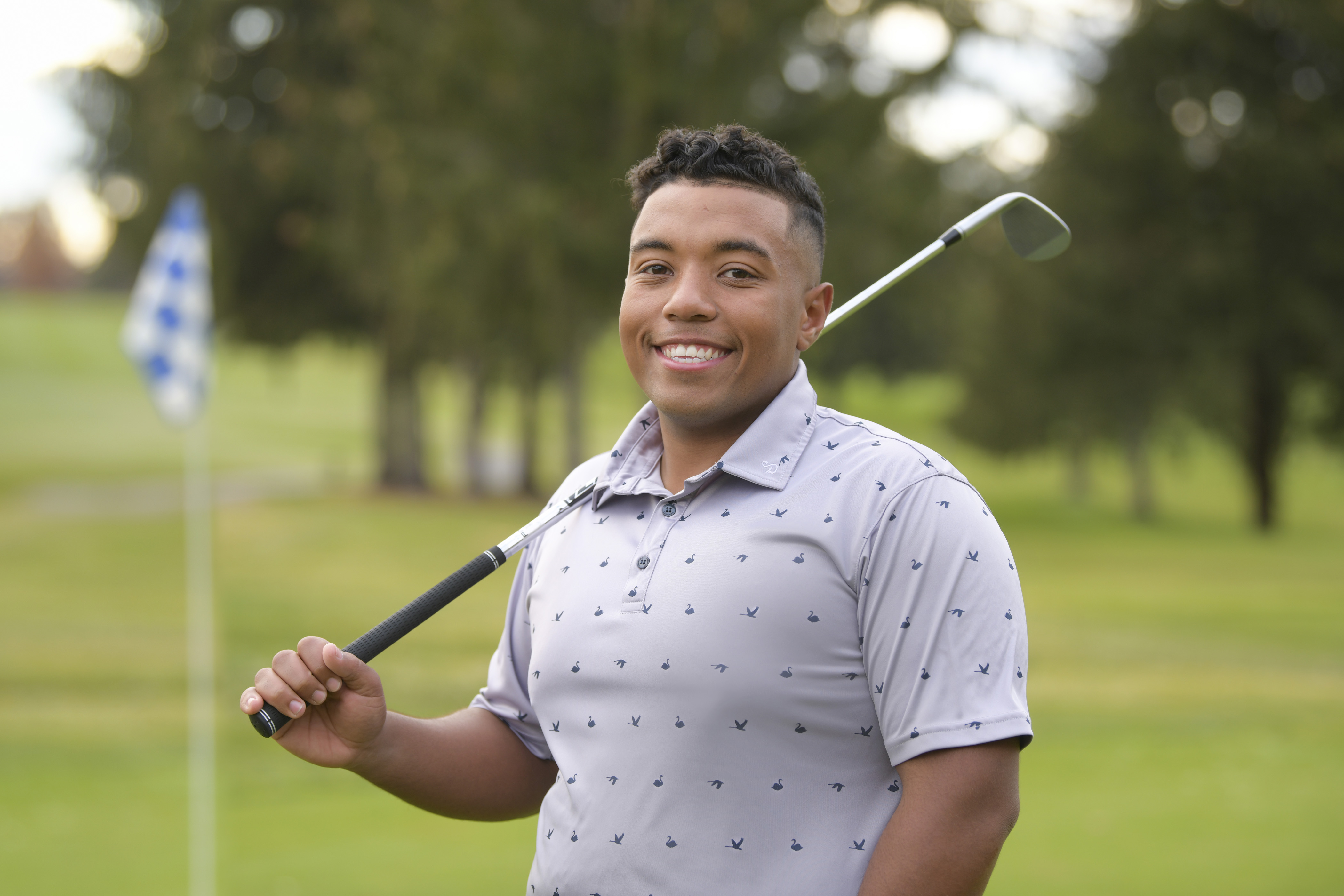 Pro golfer Zach Juhasz is a life lesson in can-do, and St. Luke’s University Health Network is proud to add him as one its newest Community Ambassadors.

Juhasz, 25, who only took up golf as a sophomore at Freedom High School, went from shooting in the 90s then to a 74 average by his senior year when he was named the Eastern Pennsylvania Conference MVP.

As a St. Luke’s Community Ambassador, Zach will be exhibiting that same dedication and confidence in an outreach program that will include motivational videos and golf clinics, as well as live participation in special activities at the St. Luke’s at the 2022 USGA U.S. Senior Open at Saucon Valley Country Club June 21-26. St. Luke’s University Health Network is the exclusive medical services provider for the US Senior Open being held at Saucon Valley Country Club this June.

What makes his journey even more special, though, is that he lost 100 pounds in 2019, a conscious choice which improved his fitness and endurance. He credits the weight loss with leading him to winning two Lehigh Valley Tournament of Champions, two Northampton Country Club championships, and the prestigious Lehigh Valley Amateur.

Zach made his pro debut last year, playing in the Advocates Professional Golf Association (APGA) tournament at Bluestone Country Club in Valley Forge. This year’s tour will take him all over the country, from Florida to Las Vegas, Scottsdale, and elsewhere.

“We are excited to add Zach Juhasz to our St. Luke’s Community Ambassador Team,” said John Hauth, Senior Network Administrator, Sports Medicine Relations for St. Luke’s.  “In addition to being an outstanding golfer, Zach is an outstanding young man who has a great story to share about perseverance and striving for excellence. He is an exemplar of our ‘Fit for Life’ Vision at St. Luke’s.”

Zach is excited about his newest role as Community Ambassador, especially with the U.S. Senior Open coming to Bethlehem.

“It’s awesome anytime the USGA tour comes to your home town,” he said. “Everybody gets excited, because who doesn’t want to see the best in the game, right? It gives the game more room to grow, especially with the youth, and I can share my story with them.”

Zach feels he has a lot to give back to the community, especially with youth because of his journey into becoming a professional golfer. He played other sports, especially basketball, but at 5-foot–5, realized his basketball future wasn’t the brightest. His uncle introduced him to golf the summer heading into his sophomore year, and the love affair with the game quickly bloomed.

After high school, he worked at his father’s home improvement business, but his new-found passion and success at golf saw him get more deeply committed to the game, and the payoff came with the weight loss, which improved his fitness and endurance.

Zach injured his elbow before his first tour date last year. He was treated by Matt Johnson, DPT, who happened to be a Bethlehem Catholic graduate and is the Facility Director of St. Luke’s Sports Medicine and Rehab Center on the Moravian Campus. Johnson diagnosed the injury as severe elbow strain, which resulted in a limited ability to swing a golf club.

“When Zach first came to see me, he couldn't fully straighten his arm or fully bend it,” said Johnson said, who developed a treatment plan to increase mobility and restore pain-free movement.

Now, Zach can’t wait for the AGPA Tour to begin.

“When the younger kids at the golf courses where I play saw what I was going through, saw the weight loss, saw the elbow rehabilitation, and now see where I am, they get excited,” Zach said.

“I know how important it is to give back and help them. When older people helped me, I deeply appreciated it. When the kids at the course saw I won the Lehigh Valley Amateur, it was a big thing for them because they were like, ‘I know that person.’ They could tell I was working really hard to find success, that I was someone growing up in their city, their hometown, and to be looked at like that inspires me to be a Community Ambassador for St. Luke’s.”