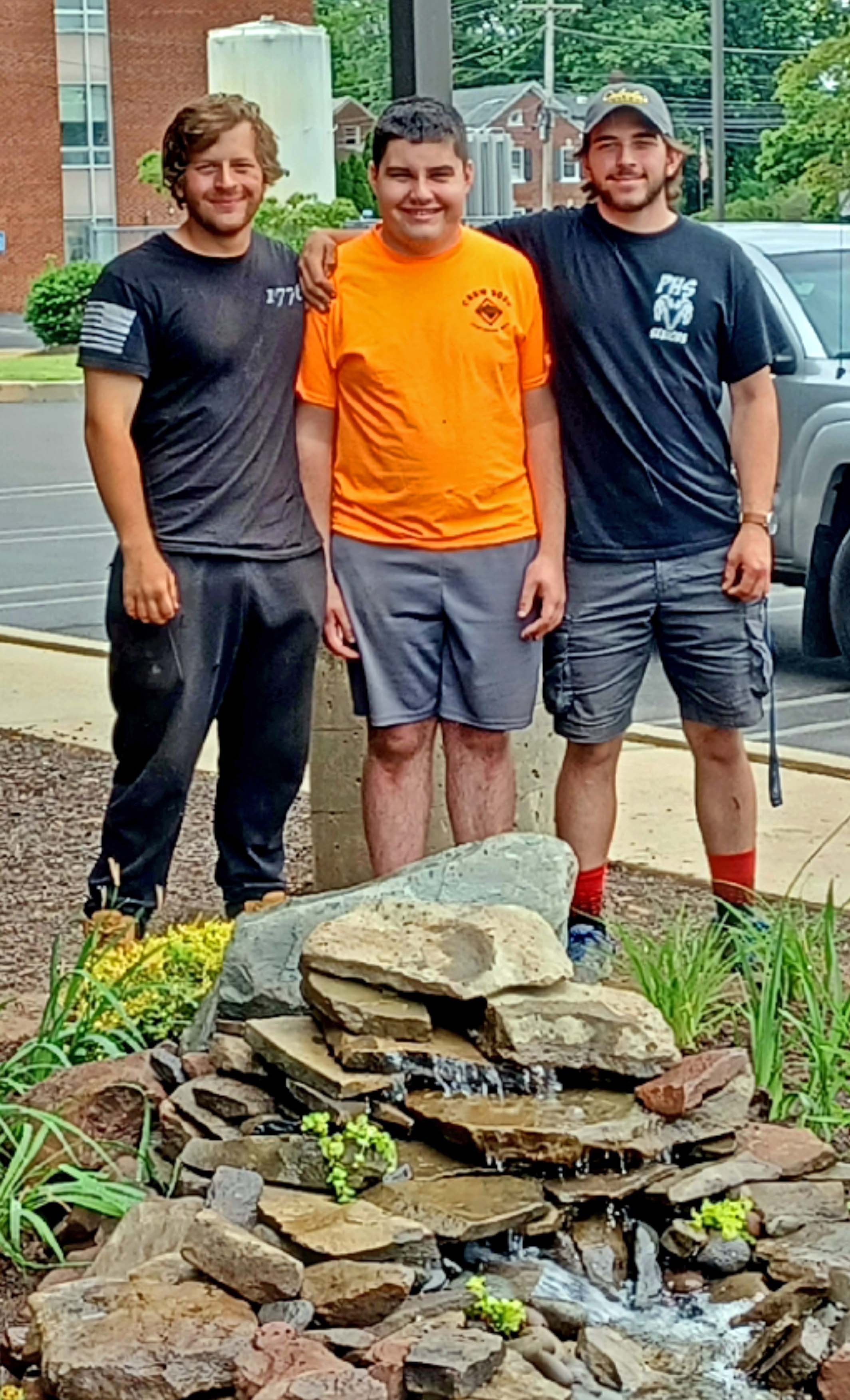 Boy scout Josh Lackner of Perkasie has wanted to be an Eagle Scout since he was in third grade. From April to June, St. Luke’s Quakertown Campus had the honor of assisting Lackner, now a Pennridge High School Senior, in his quest. In the process, the hospital received a beautiful garden for patients, families and staff to enjoy.

The garden consists of a stone walkway leading to a waterfall surrounded by shrubs and flowers. Two wooden benches that Lackner designed complete the peaceful scene. It is located at the entrance to the outpatient offices in the back of the building.

“St. Luke’s had the perfect location for what I had envisioned,” said Lackner, who also designed the garden. “It benefits two groups of people, first, the patients because going to the doctor’s office can be stressful, and the garden gives them a place to calm down and relax. Second, it helps the hospital workers because it gives them a nice area to relax on a tough day.”

A leader from his troop arranged for Lackner to meet Dennis Pfleiger, president of St Luke’s Upper Bucks and St. Luke’s Quakertown Campuses. “From the time I met him, I knew I wanted to have my garden at St. Luke’s because of how kind he was to me.”

The Eagle Scout Award is the Boy Scouts of America’s highest rank. To become an Eagle Scout, a scout must fulfill numerous requirements which develop character traits such as leadership, citizenship, and service.

Lackner’s project consumed 462 hours, including fundraising and recruiting more than 30 volunteers. Among the volunteers, he would like to recognize Mike Cerminaro of Cerminaro Stone Supply in Quakertown, who donated blue stone and labor, and Ken Gretz of Tilley’s Nursery in Coopersburg, who supplied the water feature and plants.

“Both men had never met me before,” he said. “It was just amazing the kindness they showed me. If it was not that these two men had been willing to give of their time to help a stranger, I never could have completed my project.” He also thanks adult leaders from his scout troop, friends and his family.

“It was hard physical labor and a lot of digging,” he said. “In life, it is so easy to get preoccupied with your own problems and feel too busy to help others. This experience showed me how important it is to make time to share the knowledge and skills with which you have been blessed to help someone else.”