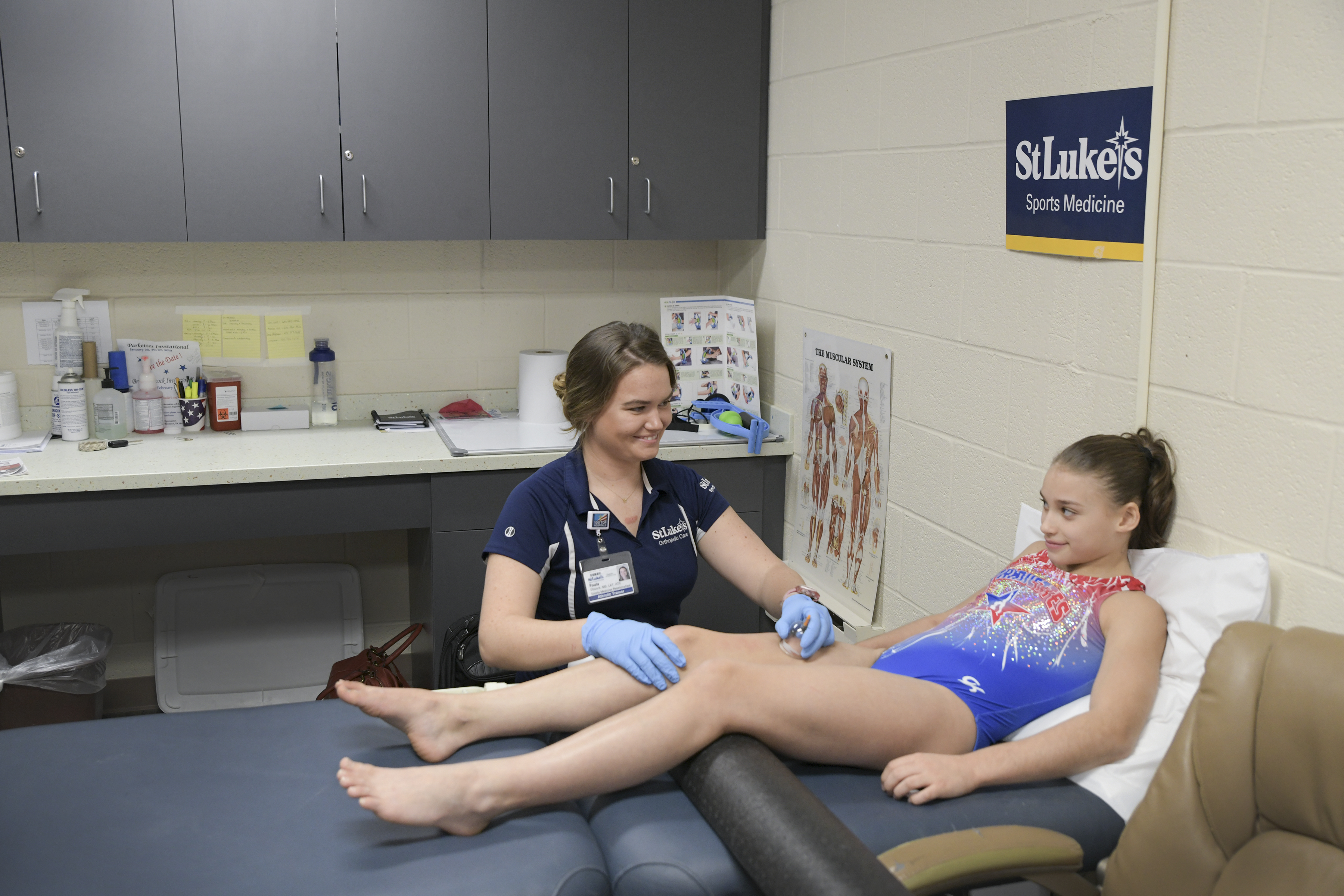 The smile on Jessica Reith’s face is as warm as a summer day when she dons her special USA Gymnastics shirt. Only girls who attend the National Team and Developmental Team Camp receive one.

“It is like her proudest thing,” said mom Rita, who enjoys watching her young daughter preform dazzling skills and routines on the beam, bars, vault and floor exercise.

Back in April, though, Jessica’s sunshine smile turned into a rainy day frown after the then-11-year-old slipped and fell off the balance beam, fracturing the tibia in her right leg. The crushing blow came just weeks after winning the Level 9 Pennsylvania States in her age division, qualifying her for the Hopes Classic and opening the door for her to compete in the elite division.

Jessica’s story is all the more remarkable considering her injury required an open reduction and internal fixation (ORIF), meaning the tibia required a plate and screws to help it mend. And then there was the matter of distance: the young gymnast with Olympic aspirations lives with a host family to train with the Allentown Parkettes during the week, and travels home to her family back in Westchester County, N.Y. on weekends.

Jessica’s parents, Rita and Gregg, elected to have surgery back home in New York so they and Jessica’s twin sister Victoria, and older siblings Jacqueline and Erica, could help administer some tender loving care for six weeks.

“My husband and I both went with her to meet the therapists, and they were on the same page,” Rita said. “They didn’t want to rush anything. The fact that everybody was listening to each other and not trying to jump the gun was important. She had qualified for the next level at a meet three weeks before and was scheduled for regionals before she got hurt.”

And then came the return to the Parkettes despite initially not being able to bear weight on her right leg. Miller and Shivock worked with Jessica’s coaches at Parkettes in setting up a training plan. Of course, that same drive, passion and commitment for perfection that started Jessica on her path to elite level gymnastics also kicked in.

“She worked really, really hard, and returned to play a lot faster than most people would be able to do,” said Miller, a board-certified sport physical therapist.

“She’s extremely driven, which made our jobs as rehabilitation specialists so much easier,” said Shivock. “But it was a big challenge.”

Because she had been non-weight bearing for about six weeks, her gait was very different and she needed to re-learn how to walk so that the muscles of the leg and hip fired properly.  Miller and Shivock worked in tandem on both range of motion and strength to get weight back on the leg. Then came re-learning to walk properly, lifting the knee properly, and rotating her hips, things she routinely did before the injury that were now difficult because of injury and atrophy.

“At first I thought it was hard and I wasn’t sure if I would ever get back to normal,” Jessica admitted. “But it’s there now.”

Shivock would cut through the tension and frustration with jokes. The ORIF required three screws to secure the bone, and she would tell Jessica they were going to start a band called Three Screws Loose.

“Whenever she was down, I would say to her that we were going to start the band up, and she would laugh.”

“I think Paula and Monica are wonderful,” Rita said. “I thank them for their hard work, not just pushing Jessica through the pain and exercises, but for making her laugh; not just sticking to business, but making her feel good. I definitely think that’s a big part of her success, seeing Jessica and her coaches happy with her physical and mental healing to where she is now, six months post-op.”