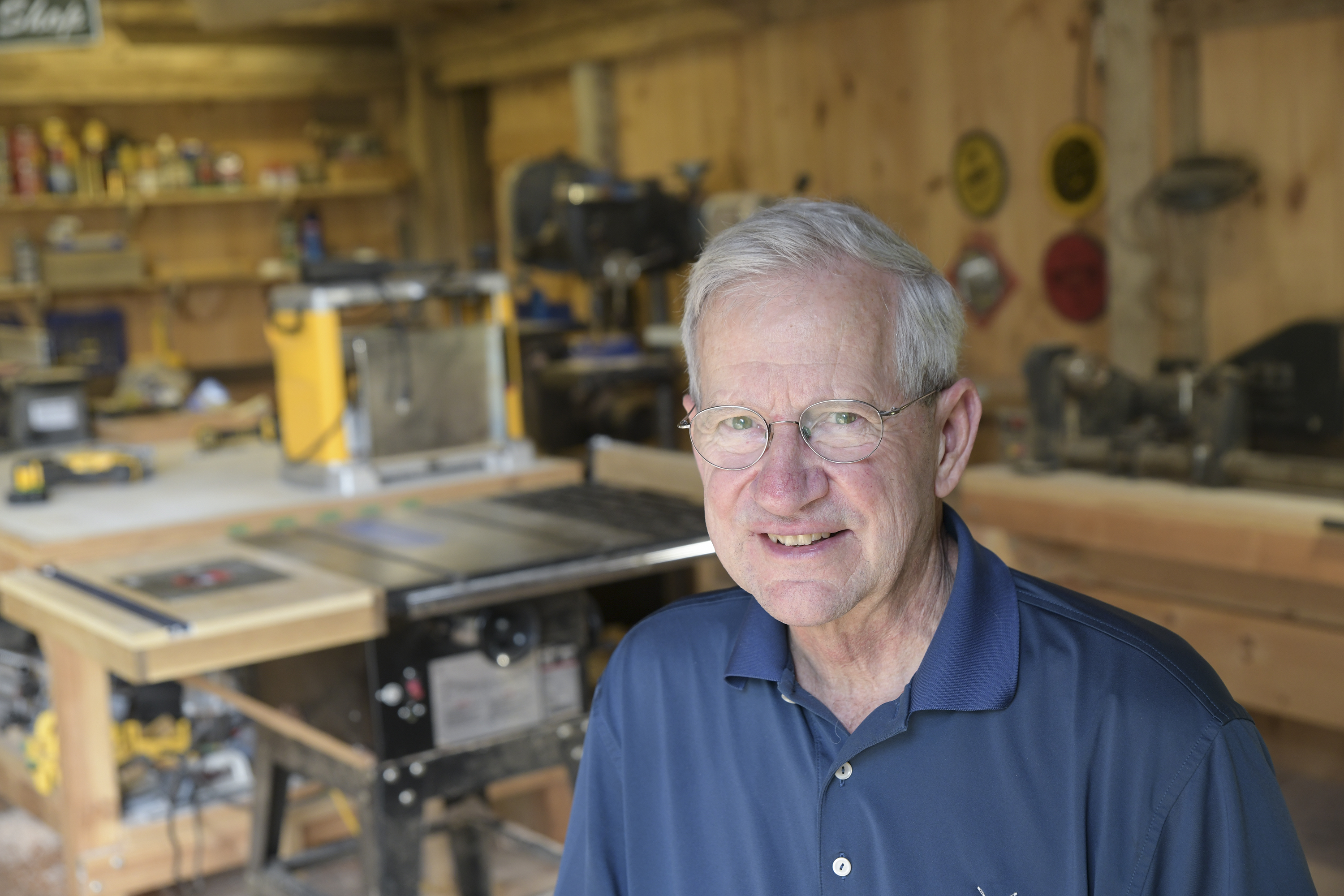 Over a span of five years, Hart underwent joint replacements for both hips, shoulders and finally his knees, and bounced back quickly thanks to St. Luke’s Orthopedic Care and Physical Therapy at St Luke’s Hellertown.

“He is instantly one of the more memorable patients I’ve ever taken care of,” said Dr. Patrick Brogle, the St. Luke’s orthopedic surgeon who performed both hip and both knee replacements on Hart. “I haven’t taken care of anyone else who has orbited the world in space.”

Terry may be memorable for undergoing six joint replacements and becoming the literal Six Million Dollar Man, but he is particularly well known as the Lehigh University alumnus who spent seven days in space on the Space Shuttle Challenger in 1984. He also teaches aerospace engineering at his alma mater. 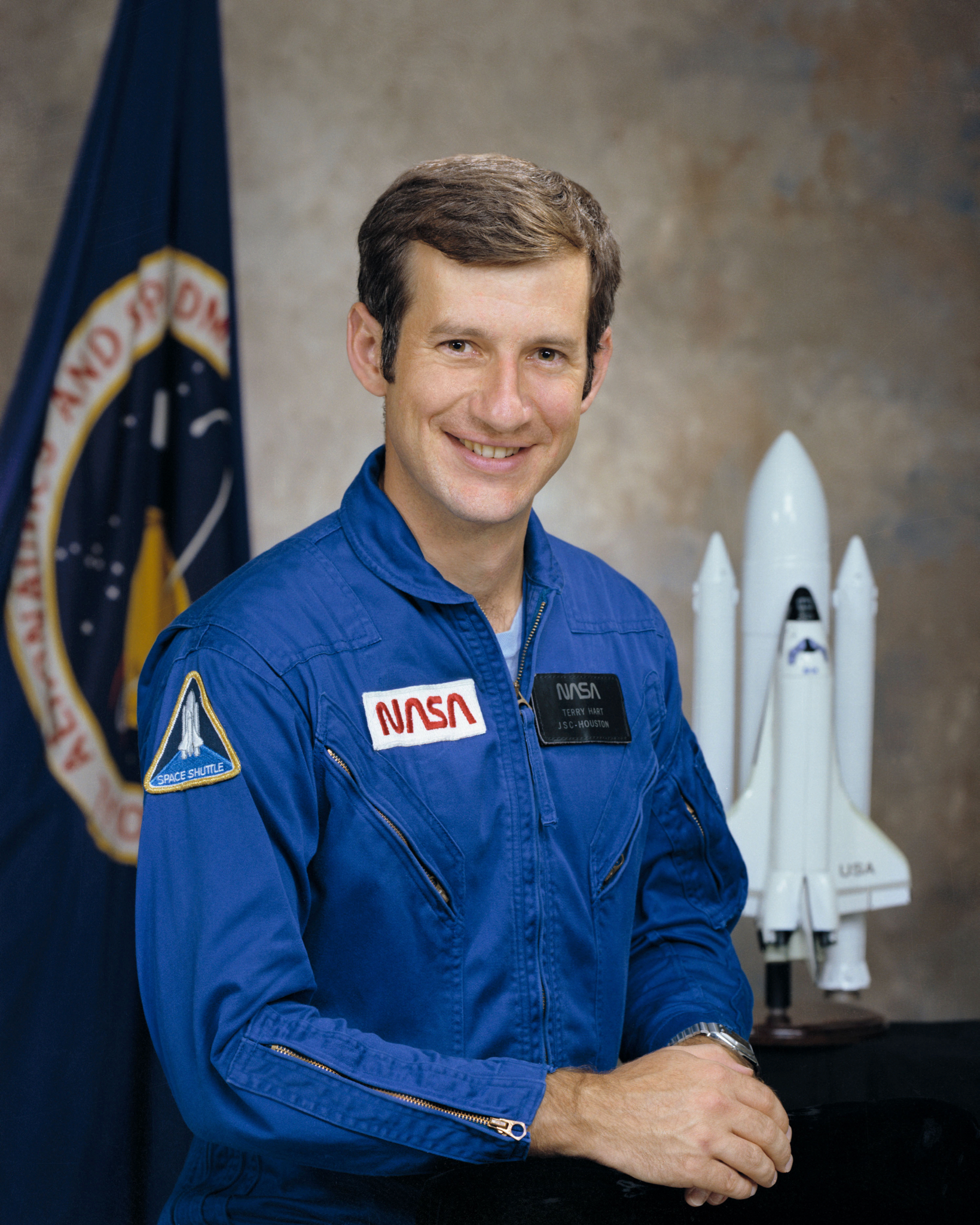 And he’s also known around the Lower Saucon Township community as the man who took photographs from outer space and handed them out to Saucon Valley High School and local businesses with their locations marked, along with an autographed comment.

“How many people have spent time in space,” pondered Dr. Greg Carolan, the St. Luke’s orthopedic surgeon who performed Terry’s should replacement surgery just three months apart. “I initially thought all his joints being replaced may have had something to do with him being in space, but it’s more than likely just a result of an active lifestyle and bad cartilage. The arthritis limited him and he did what he could to remove the obstacles preventing him from doing the things he loved.”

While St. Luke’s has a cut-last philosophy, especially when it comes to joint replacement, Terry’s case proved extraordinary, and required extraordinary care from surgery through physical therapy rehabilitation.

Terry, who retired from the Air National Guard as a Lt. Colonel in 1990, flew more than 3200 hours in high-performance fighter jets during the Vietnam War.

His ability to thrive in cramped-quarters conditions like those in a fighter jet or Space Shuttle helped him develop a steely resolve, and his training as a mechanical engineer enabled him to be creative in solving complex problems.

“He made my job easy,” said Laura Rothermel, PT, DPT, OCS, FAAOMPT, facility director with Physical Therapy at St. Luke’s – Hellertown. “He always wanted to do more, to shoot for the moon, and I had to hold him back. After a joint replacement, there’s a certain tissue healing process you need to let your body go through.”

Terry formerly loved to golf and ski, and when the pain from his joints forced him to give up those passions, he knew it was time to take action.

“Terry basically did a risk-benefit analysis and chose joint replacements,” Dr. Brogle said. “He was confronted with a problem and came up with a solution.”

“Having both shoulders done three months apart is a little unusual,” Dr. Carolan said, “but he recovered so quickly from the first one that he wanted to do the other one right away to decrease his down time. He’s a tough dude and he knew what he wanted.”

Terry  underwent a double-knee replacement with Dr. Brogle as the final stage in his bionic transformation.

He said the shoulders and knees were more painful during physical therapy, “but it’s a good kind of pain, because before the surgery it was bone-on-bone, and that’s the bad kind of pain.

“St. Luke’s is wonderful and I recommend to people, especially with the situation I was in, to not wait too long to get on board with surgery because it really changes your quality of life,” said Terry, who still works out on Nautilus equipment, cycles for aerobics and takes to the skies as a pilot.

“Most people who go through any of these joint replacements say they waited too long. I think the technology and techniques doctors use today are so much more developed than 20 years ago. When you put it off, that makes your condition one year worse and that much harder for recovery. At my age, it’s nice to get rid of the pain.”