The human body contains a vast network of blood vessels, called veins, arteries and capillaries, which supply blood to its organs, bones, muscles and tendons. The largest vessel is called the aorta; the smallest are known as capillaries. Arteries carry blood away from the heart; veins return it there. It takes just 20 seconds for blood, between nine and 12 pints in total, to circulate throughout the body’s vascular system, which measures an amazing 60,000 miles in length.

Sometimes, arteries become severely weakened, or narrowed or completely blocked by fatty deposits that restrict blood flow. This is called vascular or peripheral vascular disease. When medications fail to improve blood flow, vascular surgery or another type of less invasive treatment may be needed.

An abdominal aortic aneurysm (AAA) is a bulge or swelling in the aorta, the main blood vessel that runs from the heart down through the chest and tummy. An AAA can be dangerous if it is not spotted early on. It can get bigger over time and could burst (rupture), causing life-threatening bleeding.

Aortoiliac occlusive disease is an arterial vascular condition in the legs. It occurs when the iliac artery that brings blood to your legs becomes narrow or blocked by plaque.

Carotid artery disease is defined by the narrowing or blockage of the artery due to plaque build-up. The process that blocks these arteries (atherosclerosis) is basically the same as that which causes coronary artery disease and peripheral artery disease (PAD).

Carotid artery stenting is a procedure in which a vascular surgeon inserts a slender metal-mesh tube, called a stent, which expands inside your carotid artery to increase blood flow in areas blocked by plaque.

Chronic venous disease is the improper functioning of the vein valves in the leg, causing swelling and skin changes. Normally, the vein valves keep blood moving back toward the heart.

A blood clot in a deep vein, usually in the legs. Deep vein thrombosis is serious because blood clots can loosen and lodge in the lungs.

Hemodialysis access, or vascular access, is a way to reach the blood for hemodialysis. The access allows blood to travel through soft tubes to the dialysis machine where it is cleaned as it passes through a special filter, called a dialyzer.

The peripheral vascular system refers to blood circulation outside of the heart to the brain, arms, legs, kidneys and elsewhere. The ‘disease’ of the peripheral vascular system refers mainly to the accumulation of fatty deposits in the arteries, restricting essential blood flow partially or totally. Clearing the blockages requires medications, surgery or non-surgical procedures, depending on locations, type and severity of the deposits, as well as the overall health of the patient.

Chronic venous insufficiency occurs when your leg veins don't allow blood to flow back up to your heart.

Meet our team of Vascular Surgeons.
Our Team
Request an Appointment

Get a Second Opinion 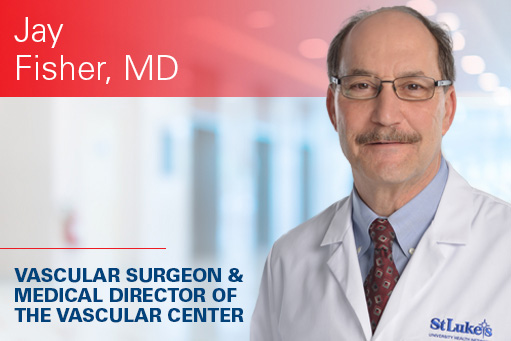