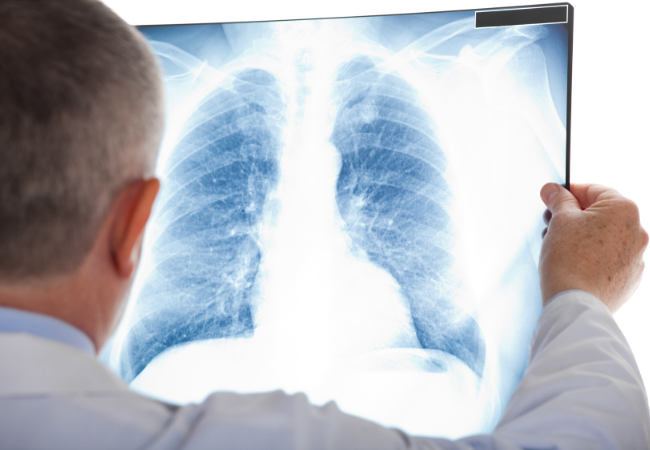 The Thoracic Society recently created a composite measure of lung cancer surgical quality, focusing on lobectomy, the most common type of removal of a portion of a cancerous lung. St. Luke’s thoracic surgery program achieved the superior ranking of three stars for better-than-expected outcomes. This rigorous, risk-adjusted evaluation by the Society measures multiple surgical outcomes of lobectomy surgery, including death and many postoperative complications.

“This new ranking highlights the exceptionally high-quality and leading- edge care that St. Luke’s thoracic surgery program delivers to our patients,” says William Burfeind, MD, chair of surgery and chief of thoracic surgery. “Recognition of this magnitude is a monumental accomplishment for our talented and committed multi-disciplinary team.”

Approximately 75 lobectomies are performed each year at St. Luke’s, one of only 12 programs to achieve a three-star ranking. Other stellar programs with this distinction include the Cleveland Clinic. St. Luke’s performs 97 percent of its lobectomies in a minimally invasive fashion, a significantly higher rate than other programs.

The Thoracic Society’s database is the largest and most robust clinical thoracic surgical database in North America, with more than 1,000 surgeons participating.

To qualify for inclusion in this ranking, a hospital must voluntarily provide three years of complete lobectomy outcomes. St. Luke’s has participated since 2007. The years of 2015, 2016 and 2017 were evaluated for this ranking and the results posted in October on the society’s website. Programs not receiving the highest rank of three stars earned two stars for “as expected” results or one star for “worse than expected.”

According to the American Cancer Society, more than 150,000 people die of lung cancer annually, the leading cause of cancer deaths in men and women. Each year, some 234,000 new lung cancers are diagnosed. Approximately 55,000 people in the U.S. undergo lobectomy for lung cancer each year. Depending primarily on the tumor’s type, stage and size, patients may also need post-surgical treatment with chemotherapy and or radiation. Many early stage patients, however, will be cured by surgery alone.