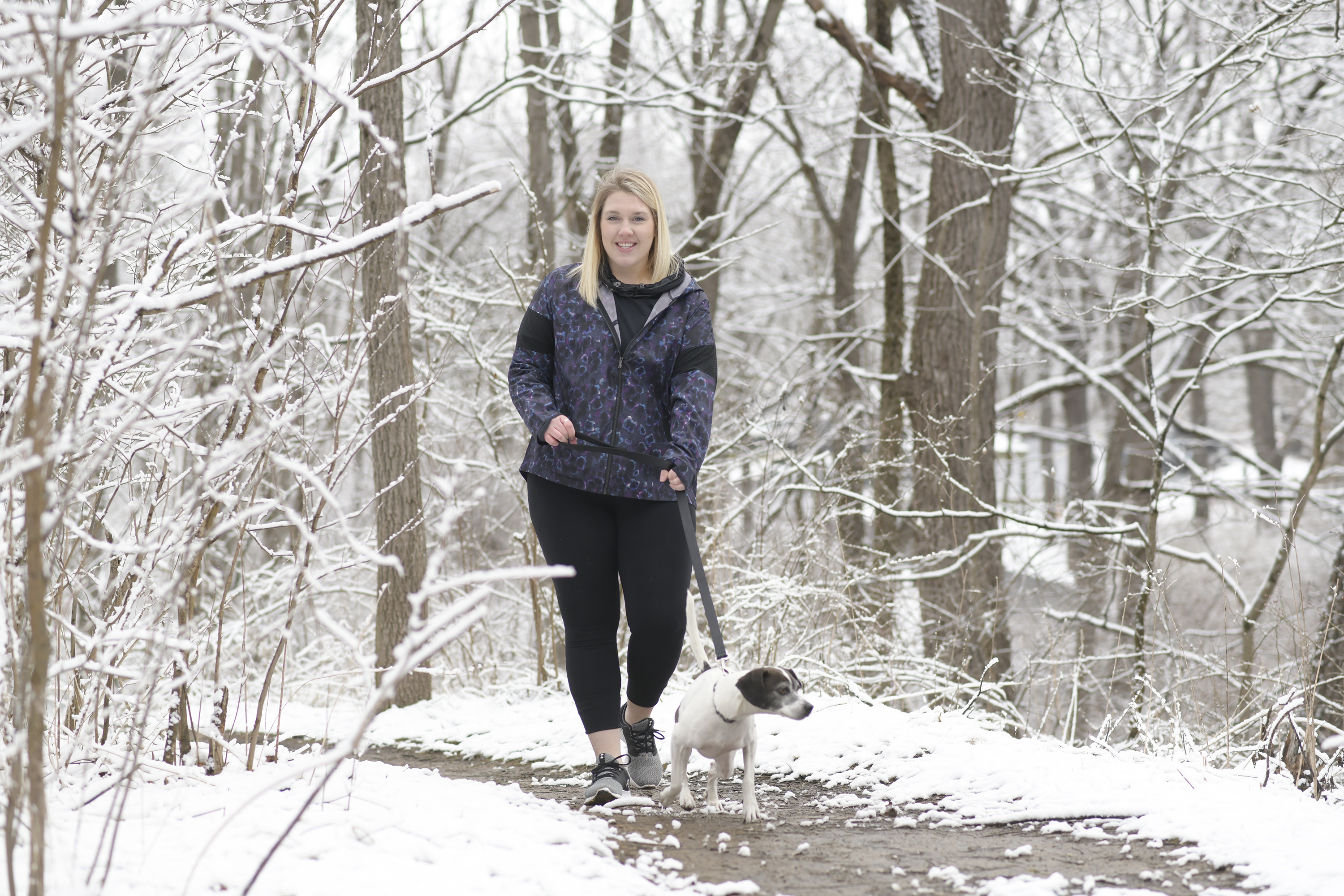 Ziplining through the canopy of the Costa Rican rainforest in July of 2013 was something Marissa Lewicki never envisioned just seven months earlier.

On a January night, while home in Lower Nazareth Township on Christmas break from Temple University, Marissa borrowed her mom’s SUV and headed for the gym when a driver who fell asleep at the wheel veered his car into her lane and struck her head-on.

“After seeing the injury, I passed out and the next thing I remember was being placed in the ambulance,” said Marissa, whose family was able to join her at the accident scene after a former classmate who witnessed it called them. “I was rushed to St. Luke’s University Hospital in Bethlehem as a trauma patient.”

Marissa would be helpless for more than four months after suffering a compound fracture of her right kneecap, a broken right ankle, and a broken left femur – the strongest bone in the body. She also sustained lacerations to her liver and spleen.

Marissa’s mom, Lynn, a nurse, stayed with her in the trauma bay while they stabilized her.

“I never saw my mom cry before,” Marissa said. “She’s a tough lady. She was an emergency room nurse, but she was afraid I was never going to walk again.”

“Marissa is going to be fine,” Chinenye O. Nwachuku, MD, orthopedic surgeon with St. Luke’s Orthopedic Care reassured her. “We are going to get her back to normal.”

Dr. Nwachuku performed surgery on Marissa’s legs the next day. He wired together the kneecap, repairing the femur with a plate and screws. 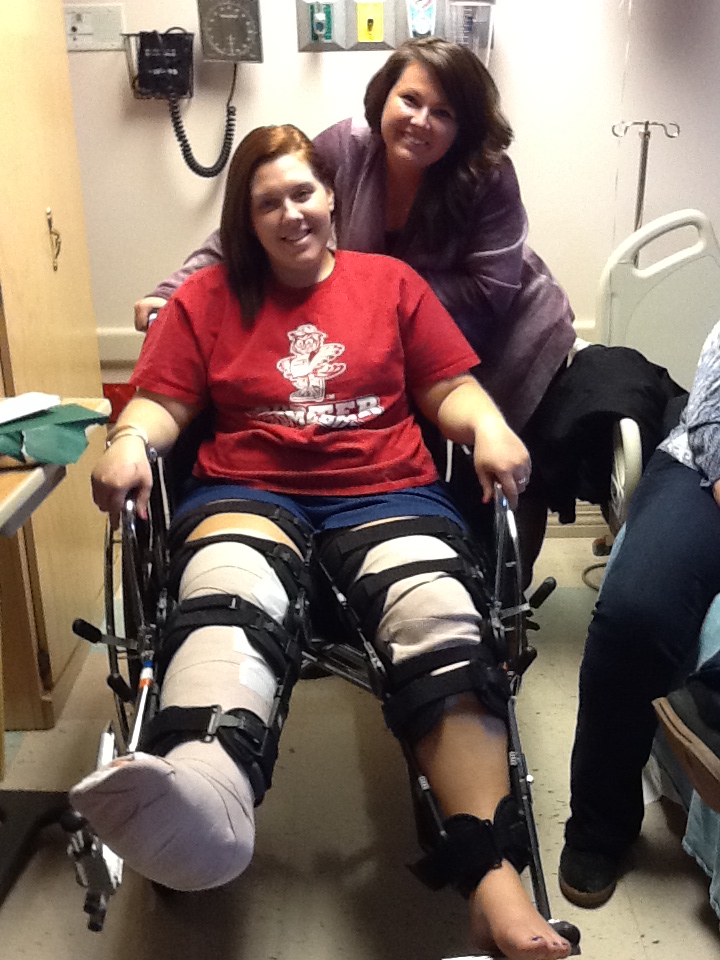 After spending 10 days at St. Luke’s in-patient Acute Rehabilitation Center at the Bethlehem Campus, Marissa returned home. The dining room had been transformed into a bedroom because she wasn’t going to be taking the stairs for a long time.

Marissa went through four months of non-weight bearing activity and progressed from a wheelchair to literally learning to walk again using a walker, crutches, parallel bars with her arms as support, until finally walking on her own, with plenty of aid and encouragement from her team at St. Luke’s.

“My doctors were amazing,” Marissa said. “The nurses were awesome. The physical therapists were extraordinary. I have nothing but great things to say about the care I received at St. Luke’s.”

“Marissa understood the kinds of injuries she had, and that made it easier for me to treat her,” Dr. Nwachuku said.

Lucieanne Hosford from St. Luke’s Home Health and Physical Therapy made visits for three weeks until Marissa, who wore hip-to-ankle braces to maintain support and stability for four months, was strong enough for outpatient therapy.

Seeing Marissa’s physical and mental struggles, the Lewickis – Lynn, dad John and older sister Jessica – suggested a family vacation as a reward for all her hard work.

Marissa knew exactly where she wanted to go: Costa Rica to zipline.

“That was my light at the end of the tunnel, my goal,” Marissa said. “Dr. Nwachuku said, ‘You can go for it. You can be superman.’ He was very supportive.”

Dr. Nwachuku felt that trip was an important part of Marissa’s recovery.

“Many times it’s the patient who makes the doctor look good,” he said. “If the patient has a goal, they’ll put the work in. As doctors, we think we know the outcome, but I think it’s the patient that really dictates those outcomes.” 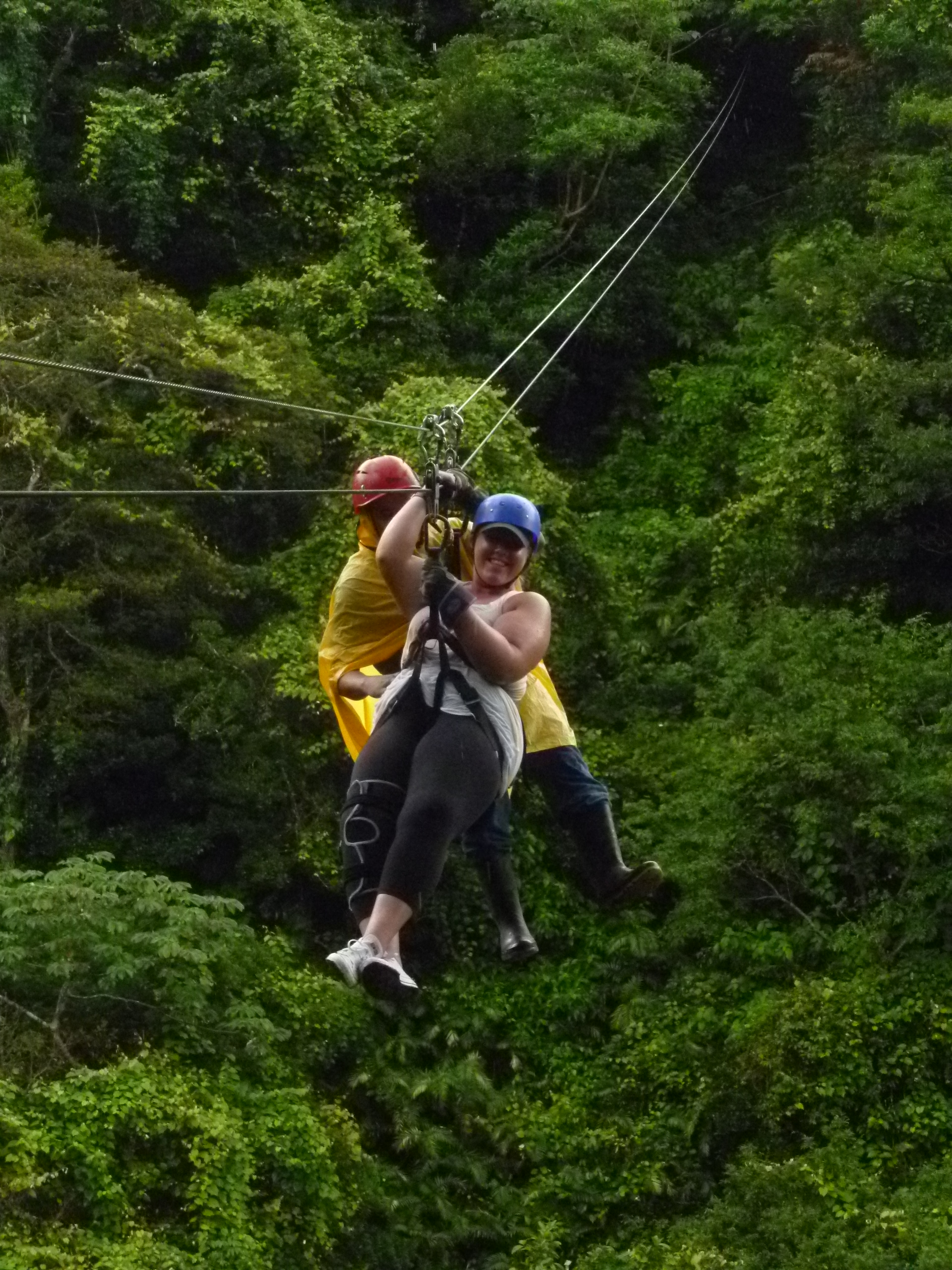 “Every time I’d go to physical therapy, I’d ask if this was the day I could walk, and Chris would smile and say ‘no,’” Marissa remembered. “And then one day, Chris said they were going to have me walk through the parallel bars, and I said, ‘No. I’m not ready,’ and he said, ‘This is the day you were doing all this for.’”

“The road to recovery was challenging at times but Marissa showed strength and perseverance, and was willing to put in the effort and hard work needed to succeed,” Due said. “She exhibited all the qualities that you expect in someone who will succeed, and she proved that if you believe it you can achieve it!”

“I’m a nurse,” Lynn Lewicki said, “and to see all the different patient care areas within St. Luke’s come together, and see how well Marissa was taken care of, was heart-warming. From pre-hospital to the Emergency Room, to the ICU, to being out on the floor, to home care and rehab, Marissa went through all those areas and I have nothing but positives to say about the way everything came together.”

Extraordinary care from the teams at St. Luke’s took Marissa from bed-ridden and non-weight bearing to walking, and finally flying over the jungles of Costa Rica.