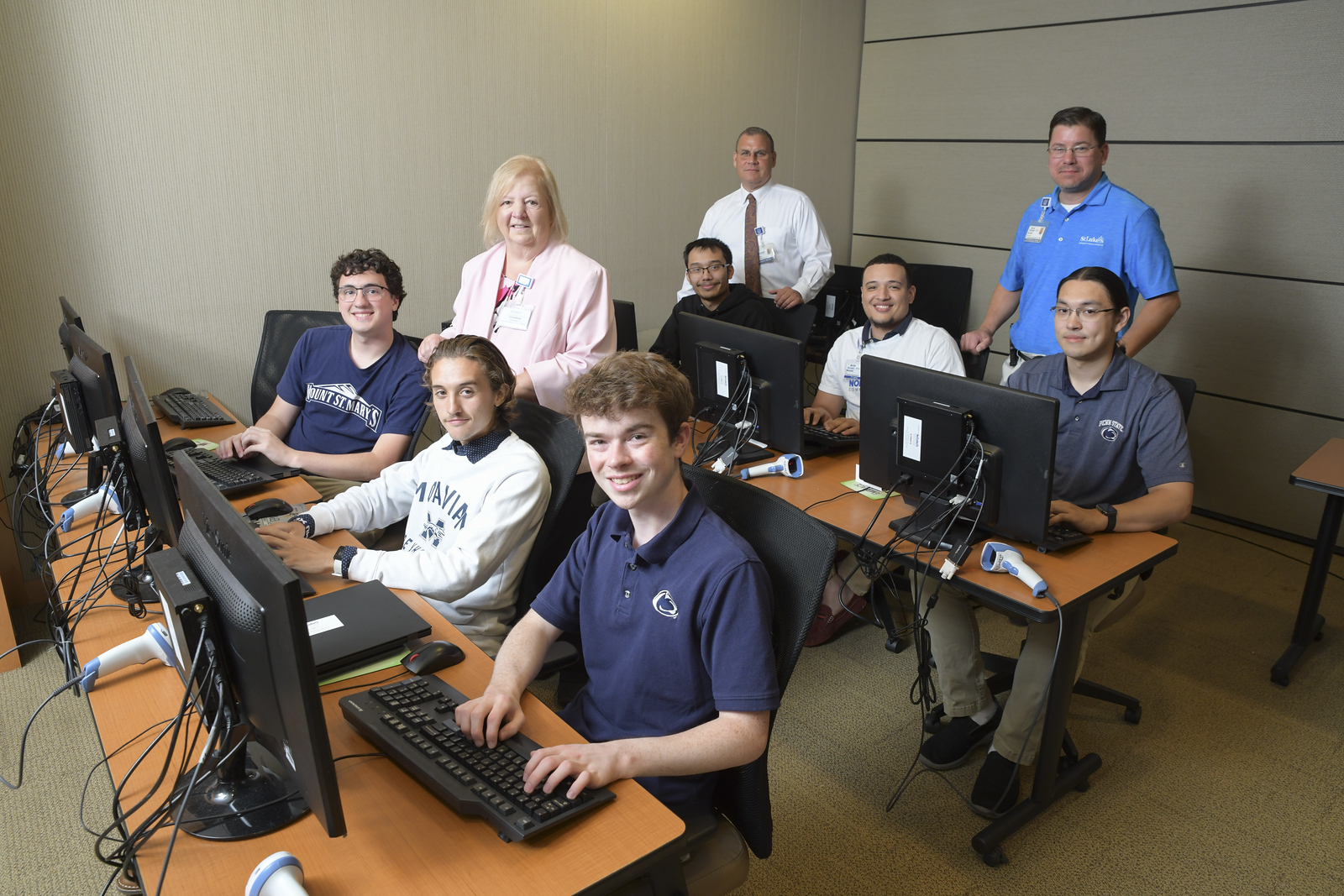 This summer, twelve college students learned what it was like to work in the IT department of a large, regional health care system. Their expectations were typical – a lot of job shadowing and a highly controlled work experience. The reality, however, was quite different and unexpected. During the last luncheon of the summer, the IT interns gathered to discuss their experience and the value they gained through St. Luke’s IT Internship program.

Nathan Szydlow, who will be a junior at Penn State University this fall, said the intern program was more flexible than he expected. When he asked questions or expressed interest in a project, he said he was encouraged to reach out to leaders and learn more. Szydlow’s fellow interns echoed his remarks.

“I thought the internship would be mostly about job shadowing, but it was really more self-directed, and we were allowed to learn on our own,” said Shane Houghton, who will graduate from Moravian University in May 2023. “I feel like everyone really wanted to help. We did not need to ask for help, people offered it.”

Chris Brutschea, associate CIO at St. Luke’s is happy to have the internship program back this year after a two year pause due to COVID-19. She is also pleased that one of this summer’s interns has already been hired as a full-time IT employee.

“Our interns explore IT jobs in the healthcare setting, and we get a chance to explore their skills sets,” said Brutschea. “Our mentors are excited to help cultivate student skills and show them what it is like to work in healthcare IT, and we all look forward to hiring more interns after they graduate.”

Szydlow and Houghton both worked in the software development department. Their freedom to investigate processes and reach out for information led to a project that automates a time-consuming labelling process in St. Luke’s warehouses. Together they created an app that pulls information from multiple sources, so all pertinent information can be automatically added to the label.

“Seeing a project through from the beginning to end is very fulfilling,” Szydlow said. “It’s good to know we were able to create something that will lower stress for employees.”

Christopher Naylor, Director of IT Development at St Luke’s welcomed the added support from the interns.

“Our neighboring colleges and universities are doing an excellent job preparing these students and I was able to point them in a direction and say go,” said Naylor. “I wanted to give them the autonomy to make decisions, ask questions and learn. It worked out great, they were able to deliver applications that will help reduce costs and improve efficiencies in our supply chain.”

Thomas Pham, who interned as an IT Business Analyst, worked with Szydlow and Houghton to deliver the app to internal clients. He said his experience with the automated app and other projects he worked on was amazing. Pham will graduate from Kutztown University in May 2023.

As the region’s only health network with a four-year medical school, St. Luke’s is committed to furthering education, research, innovation and knowledge. Chad Brisendine, CIO said he looks forward to spending time with the interns because it gives him a chance to demonstrate the role technology plays in healthcare.

“It’s great to see how the interns grow during their time here at St. Luke’s,” said Brisendine. “I schedule individual coaching sessions with each intern to discuss their IT career goals – whether than means a career at St. Luke’s or somewhere else and I’m proud to say that a few of the interns I have coached are now CIOs.”

Brandon Myung graduated from Penn State University this spring and interned this summer in St. Luke’s Information Security Department. As a student, Myung interned with two other companies, but he said his time at St. Luke’s was most impactful because it was in healthcare. He was able to gain hands on experience this summer while working with his team on incidents as they happened.

Stephen Ender also interned in the Information Security Department. He learned a job in the Security Department is not just about data, it’s about people and their healthcare and disaster recovery. Ender will be a sophomore at James Madison University this fall. “I learned that if we can further automate security work it allows others in the field to focus on more important things,” said Ender.

Kane Deiley interned in the Project Management Office. He will return to West Chester University of Pennsylvania this fall as a senior. He also enjoyed the freedom to work on projects that sparked his interest and appreciated his mentor’s “extremely helpful and incredibly responsive” approach. Over the summer he helped with a project to automate part of the reporting process from one platform to another so information doesn’t need to be manually entered.

“Every day I came in there was something new to learn,” said Cepeda. “There was a great sense of community and family.”