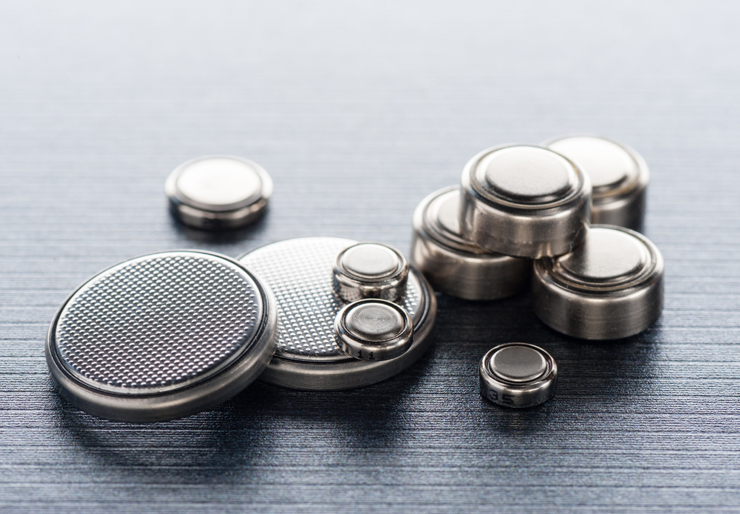 The quick thinking of a mother whose child swallowed a lithium battery last December undoubtedly saved her son from needless pain and suffering. Jonathan Beri, MD of St. Luke’s Pediatric Gastroenterology warns parents to be cautious as families and friends gather for spring holidays and graduations. If ingested, lithium button and coin batteries can be harmful, and even deadly.

“The risk of babies and young children swallowing potentially life-threatening button and coin batteries increases during family gatherings, when parents can be distracted,” Dr. Beri warns. “There could be gifts laying around that use button and lithium coin batteries, such as a new watch for the graduate or a dancing bunny for a grandchild. These batteries even pop up in unexpected places, such as cards that play a song. Hearing aids also use these batteries, so if Grandpa has a habit of taking it off, be sure it’s out of your child’s reach.”

In December, a five-year-old had been playing with an electronic candle at home when he swallowed the battery, Dr. Beri said. The little boy went crying to his mother, saying he had accidentally swallowed a magnet. Even though he had no symptoms, she took him to the Emergency Department at St. Luke’s Bethlehem Campus, where an X-ray showed the battery in his stomach.

“Thankfully, mom brought him to the ER immediately,” he said. “Once identified as a battery, we were able to act quickly to remove it,” Dr. Beri said. “While this little boy’s story had a happy ending, many children have been permanently impaired, and some have even died, from complications of lithium batteries.”

Many products, including some toys, use button and coin batteries. Small, round and shiny, they entice young children to put them in their mouths, ears and noses. More than 1,250 cases of accidental button battery ingestion were reported from 2019-2020 to the National Battery Ingestion Hotline. More than half were swallowed by children under the age of 6.

When lithium batteries contact bodily fluids, they can generate a current that produces small amounts of sodium hydroxide, a harsh corrosive similar to lye. If the battery gets stuck somewhere in the body, it can burn a hole at that spot. Infection usually follows, causing serious injury and illness, long-term disability or even death. Remote control devices and key fobs also use these batteries.

Dr. Beri advises parents NOT to:

If you know or suspect your child has ingested a button battery St. Luke’s is here to help; go to the nearest emergency room to have it removed immediately, Dr. Beri advised. Do not wait for symptoms. In most cases, an X-ray must be obtained to determine whether the battery has passed through the esophagus into the stomach. If the battery remains in the esophagus, it must be removed immediately. If available, take the packaging from the battery because it might include the battery identification number.