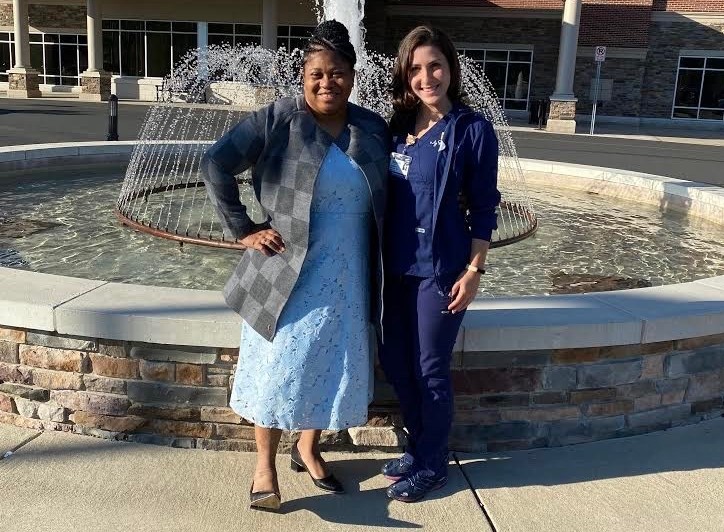 The two Saylorsburg women share a driveway and much more. Although June Roberts and Caroline Gillenkirk’s differences are vast, they have become fast friends.

Roberts, 52, was born in South America and lived for years in the Caribbean Islands before coming to the States.

Gillenkirk, 27, is from Chester County, Pa, just a 2-hour drive from the Poconos.

What unites them is their shared passion for their caring profession: they’re both nurses at St. Luke’s Monroe Campus.

They met three years ago in the driveway that divides their property. What started as the symbolic “fence” that new neighbors often straddle as they get to know one-another, has become a shared patch of common ground.

Roberts works days as a care manager, making sure patients have the needed support services and a safe place to go when they’re discharged from the hospital.

Gillenkirk is a bedside nurse and night-shift supervisor, treating stroke victims and heart patients, some of the sickest of the sick. She cries when one dies and celebrates each time one walks out healthier than before.

Roberts has been in nursing for 31 years, longer than her young neighbor has been alive. Her first job at a hospital in New York was preparing cancer patients for bone marrow transplants.

Gillenkirk is celebrating her five-year anniversary at the hospital, doing what she’s always known she was meant to do.

“We have a wonderful relationship,” says the gregarious Roberts, nearly twice Gillenkirk’s age.

“June is a very good friend of mine,” says Gillenkirk. “She almost like a second mother.”

Roberts lives in a big farmhouse with her husband and children. Gillenkirk rents the small cottage next door.

Roberts has taken the unofficial role as a mentor for her young neighbor. She texts Gillenkirk almost daily, an inspirational message, joke, prayer or nursing meme as the youngster prepares for work. “You got this!” is one of her favorites.

“I encourage her in her work, tell her to make sure something passes the ‘sniff’ test and go with her gut,” says Roberts. She recalls her mentor in nursing school who offered the same help during Roberts’ early years when adjusting to the rigors of the job. She’s also a mentor for St. Luke’s student nurses, “showing them a different facet of nursing,” she says.

Though she’s admittedly “on the tail end of her career,” she wants to help her young friend excel and carry on the passion of their profession

Gillenkirk has embraced this calling, something she learned from her mother, also a nurse.  Together they took care of her grandfather as he suffered then succumbed to Alzheimer’s disease.

She has earned two St. Luke’s awards in the past year, one for demonstrating the organization’s guiding principles, the other for nursing excellence.

“She’s good people,” adds Roberts, with a note of pride in her voice. “I see a lot of my younger self in her. She’s a go-getter.”

Gillenkirk, too, is paying it forward, mentoring new nurses at St. Luke’s, offering them advice and perspective, and cheering them on, much like her seasoned neighbor did for her. “I’d love to feel like I’m having the same impact on them as June is on me,” she says, adding she’s aspiring to stick to it for at least 30 years, like Roberts.

And though they may only see each other occasionally coming or going in the driveway, or working in the yard, they keep in touch, nurturing their friendship through the convenience of modern digital devices.

Despite their dissimilar beginnings, they’re carrying on a long, honored tradition that welcomes diversity and values caring for others ahead of caring about differences.

“We’re both nurses,” says Roberts. “And nurses stick together.” 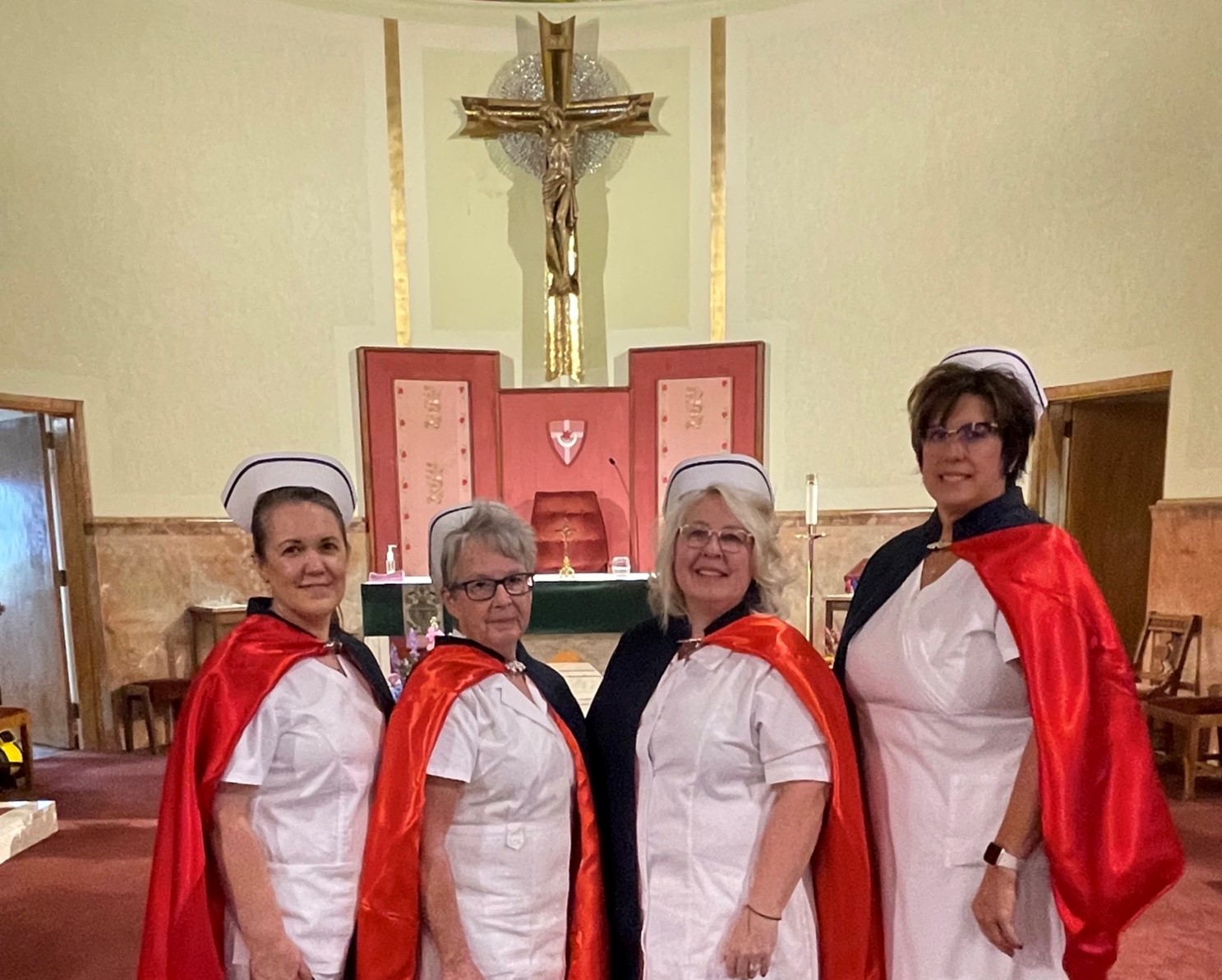