Cody Keifer can’t recall if he played basketball with his men’s league the night before his near-fatal car accident in June 2018. The impact of the pre-dawn, head-on collision, caused by a drunk driver, shattered his 21-year-old athletic frame and scrambled his thoughts. The Ottsville man’s life changed in a moment, and it hung in the balance as the ambulance raced him to the trauma unit at St. Luke’s Hospital- Bethlehem. 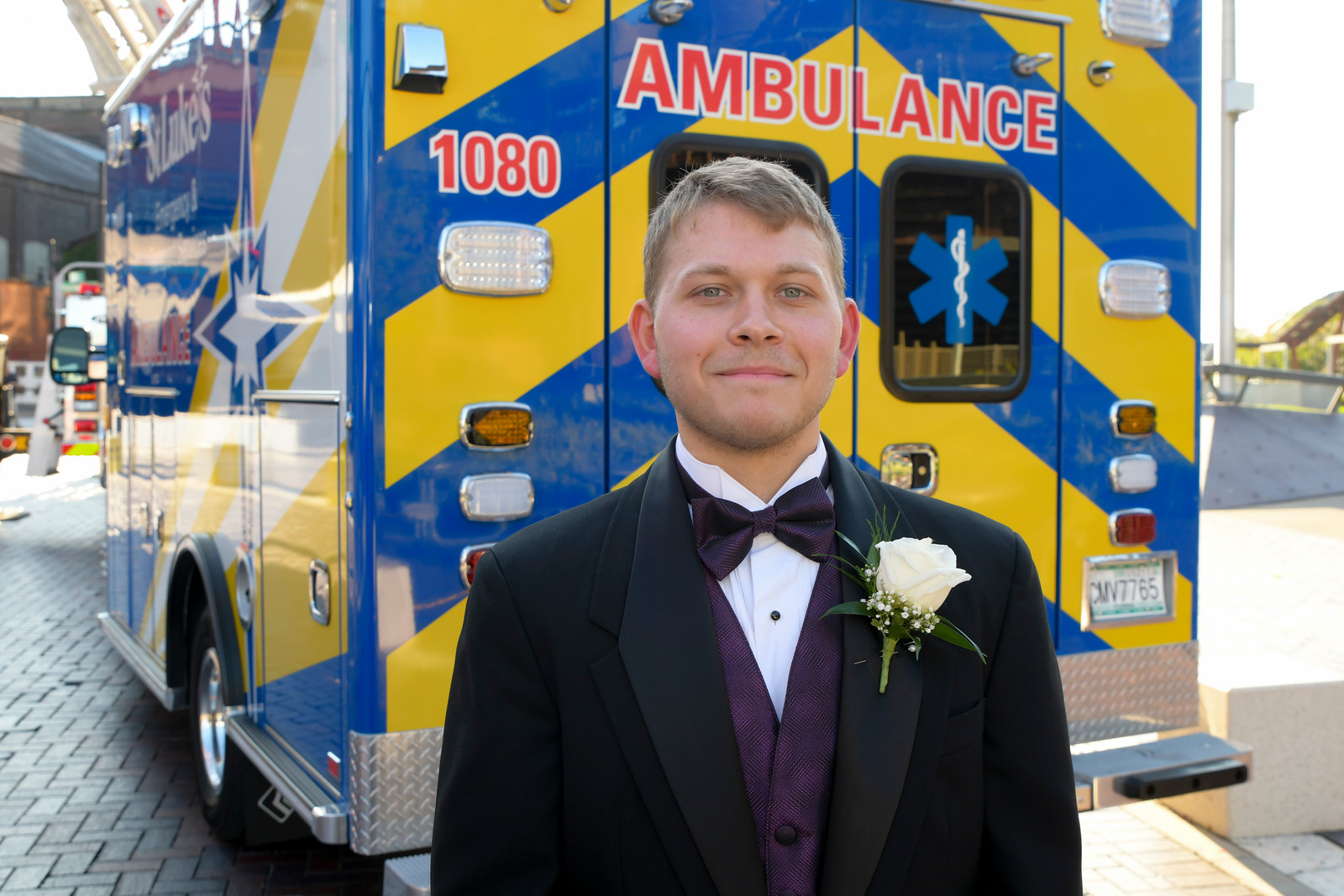 Cody Keifer celebrates his recovery at St. Luke's Night of Heroes in September.

The team there found severe injuries: broken legs, pelvis and ribs; internal injuries, including a torn aorta, which could drain his body of its blood in minutes, a lacerated liver; and brain injury. The St. Luke’s trauma and cardiovascular teams saved his life, and the orthopedics and rehabilitation experts have helped him get back on his feet and put his young life back together over the past 15 months.

His progress has been slow but steady. Cody left the hospital in a wheelchair, but he’s now back to walking and working, though both take enormous effort that leave him bone tired. He still has the drive to work out in his local gym, lifting weights and increasing his endurance. He knows building up his fitness level is vital to his return him to sports-shape, something he keeps in his sights.

Physiatrist Geeta Sathe, MD, who has coordinated and supervised Cody’s physical rehabilitation since his discharge, cites his perseverance as key to his progress. “He has made an amazing recovery, because of his positive attitude and hard work.”

He’s learning to use his body again like a “normal” soon-to-be 23-year-old, thanks to the efforts of his rehabilitation team starting at the St. Luke’s Acute Rehabilitation Center and continuing at the St. Luke’s Bone and Joint Institute in Quakertown. Though full-court hoops seems to be a long shot at the moment, he knows the day is getting closer when he’ll be back to running and jumping, and that keeps him motivated.

While he’s not yet 100 percent back to being the same Cody as he was on that June morning last year, his gratitude for his St. Luke’s doctors, nurses and therapists has no limits.