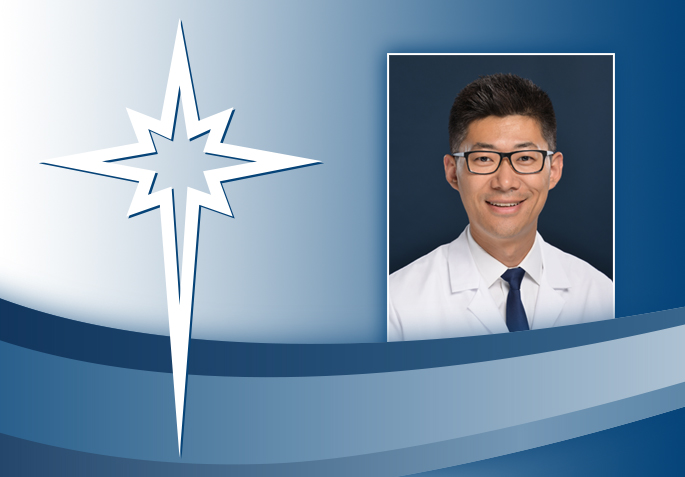 Your body’s immune system has the ability to differentiate between “normal” cells and those that are “foreign” such as bacteria and virus. This ability to discriminate allows your immune system to destroy foreign invaders but not healthy cells.

Your immune cells have “checkpoints” – molecules on them that must be activated to start an immune response. Some cancer cells are smart, says Dr. Gary Lu, a hematologist and oncologist who sees patients on Monday, Thursday and Friday at St. Luke’s Cancer Care in Stroudsburg. “Cancer cells find ways to use these checkpoints to avoid being recognized and attacked by the immune system.”

What if drugs could be developed to that target of these checkpoints to allow your immune system to do its job when you have cancer? Called immunotherapy, it is happening for more and more types of cancers, Dr. Lu says. “Many people believe it is the future for oncology.”

Dr. Lu explains: PD-1 is a protein that is found on immune cells called T-cells. When PD-1 attaches to PD-L, another protein found on normal and some cancer cells, it tells your T-cells to leave them alone. Some cancer cells have a lot of PD-L. So, they escape attack from immune cells. Drugs have been developed that block PD-1 from binding with PD-L 1 allowing your immune system to attack the cancer cells.

Additional immunotherapy drugs with different mechanisms are in development and clinical trials. They are designed to attack other proteins on T-cells that also act as checkpoints and switch off the immune response, the American Cancer Society says.

How immunotherapy is given

Most immunotherapy is given intravenously every two or three weeks. “It depends on what drug we are using,” Dr. Lu says.

It takes about six to eight weeks to see how effective the immunotherapy is, Dr. Lu says. “If you are given immunotherapy for solid tumors, you will have repeat scans to see whether your tumor has shrunk,” he says.

The most common side effects are at the site of the injection: pain, redness, swelling, soreness, itchiness and rash, according to the National Cancer Institute. You also can experience fever, chills, nausea or vomiting, fatigue, headache and high or low blood pressure. More serious side effects can include: dermatitis, hepatitis, colitis, thyroiditis (inflammation of the thyroid gland) and pneumonitis (inflammation of lung tissue.)

Immunotherapy can be used as a first line of treatment for lung cancer, Dr. Lu says. Currently, for other cancers, it may be offered when other more traditional treatments such as surgery or chemotherapy have failed to control or stop the cancer from growing, he says.

Dr. Lu expects in time that immunotherapy will prove to be very effective at treating even more cancers and become the first-line treatment in more types.