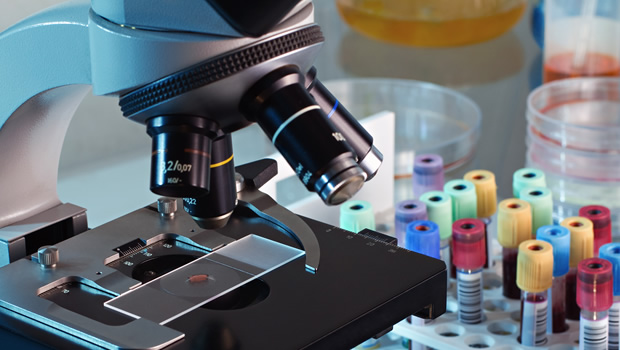 Colorectal cancer (CRC) is the third most frequently diagnosed cancer among men and women in the United States. Traditionally guaiac fecal occult blood test (gFOBT) has been used for decades as a screening test which detects bleeding that may occur anywhere in the GI tract but is not specific for CRC screening. In addition, the guaiac test detects peroxidase activity of the heme moiety and is not specific for human hemoglobin. False positives can occur due to dietary ingestion of beef and other red meat, broccoli, cauliflower, horseradish, ibuprofen, naproxen, aspirin, anticoagulants, and other medications. False negatives can occur due to ascorbic acid (vitamin C) and citrus fruits.

The fecal immunochemical test (FIT), also called an immunochemical fecal occult blood test (iFOBT), is a newer method to screen for lower gastrointestinal bleeding associated with colorectal cancer, adenomas, polyps, and other lower GI conditions. This test uses a combination of monoclonal and polyclonal antibodies that are specific to the globin chains of human hemoglobin. Since the globin chains of hemoglobin are denatured by GI enzymes from the upper GI tract, any intact hemoglobin detected with this method is from the lower GI tract (jejunum, ileum, colon and rectum). Therefore, this test will provide an improved determination of lower GI bleeding that may have resulted from CRC (see below).

In February 2009 the American College of Gastroenterology released an update in CRC Guidelines stating:

“The American College of Gastroenterology supports the joint guideline recommendation that older guaiac-based fecal occult blood testing be abandoned as a method for CRC screening… the ACG recommends the FIT as the preferred cancer detection test.”

The FIT does not require any special patient preparations. There are no drug or dietary restrictions prior to the single stool specimen collection which should result in improved patient compliance. Specimen collection is done in a similar way as the gFOBT, but there is a minor difference in the specimen collection container which consists of a tube with applicator. The collection tube labeled with patient information can be returned to any of our outpatient laboratory sites. Testing will be performed at our Bethlehem laboratory. Those who have a positive FIT may need follow-up evaluation with a repeat FIT or a procedure such as colonoscopy or flexible sigmoidoscopy.

FIT is not suitable for detecting suspected upper GI bleeding. In those caes, the traditional gFOBT should be used [test code: 7205 Occult Blood, Feces (Diag)].