Breast Cancer Survivor Kristin Parks Overcomes Leukemia
Kristin Parks of Allentown deserved a reward. In May 2010, at age 43, she learned that the golf ball-sized tumor in her breast was cancerous. She received aggressive treatment at St. Luke’s University Hospital – Bethlehem: enduring 20 weeks of chemotherapy; surgery to remove the tumor and 33 lymph nodes; a course of radiation; and a yearlong, immune-targeted therapy to reduce the chance that the cancer would return.

Believing she was finally cancer-free, she and her husband Warren decided to celebrate with a dream vacation to a lavish tropical resort. “It was a celebration of life – a prize for surviving all we’d been through,” she says.

Sadly, her dream soon turned into a nightmare that would require assistance from the US Embassy, a blood transfusion, and an emergency trip home. Her troubles began their first night in the Dominican Republic. She got up to dance and quickly became winded. Walking from dinner the next evening, she thought she was having a heart attack so the next day she visited the resort physician.

“He took one look at me and became concerned because I was so pale,” Kristin said. “I tried to laugh it off, telling him I was a fair-skinned Pennsylvania Dutch girl, but suspecting I was anemic, he urged me to go to the local hospital for a blood test.”

Kristin soon realized that health care in a third-world country was not what she was accustomed to. The “ambulance” was a Dodge Caravan with a tip jar. Having only rudimentary equipment, the hospital in Punta Cana was a “horror show,” she says. Open windows with no screens let in flies and other bugs.

Already, the oncologists at St. Luke’s were involved in Kristin’s case. Upon hearing the test results, medical oncologist Neil Belman, DO, encouraged her to get home as soon as possible but only after first having a platelet transfusion before boarding the plane. So, the Parks traveled three hours to the capital, Santo Domingo, where they encountered a new problem. The Dominican Republic did not have platelet reserves and Kristin’s husband was not a suitable donor.

Family members contacted US Representative Charlie Dent, (R-PA 15th District), who enlisted the help of the United States Embassy. Meanwhile, a staff member in the resort implored family members in Santo Domingo to be tested. Within one day, a donor was found and the transfusion performed.

The next morning, the Parks were on a flight home and Kristin was admitted to St. Luke’s, where to no one’s surprise, physicians confirmed that she had leukemia. Hikaru Nakajima, MD, a medical oncologist specializing in leukemia, immediately began induction chemotherapy, a treatment that uses a combination of drugs to destroy as many leukemia cells as possible and bring blood counts to normal.

After the induction therapy, a bone marrow biopsy showed that the cancer was in complete remission and Kristin would not need a bone marrow transplant. As encouraged by Dr. Nakajima, Kristin got a second opinion at the University of Pennsylvania, which confirmed his conclusions. To destroy any remaining leukemia cells not seen in the blood or bone marrow, the induction chemotherapy was followed by consolidation chemotherapy.

In a very small percentage of cases, leukemia is the result of prior chemotherapy treatments for an earlier cancer. However, due to the type of leukemia Kristin had, Dr. Nakajima believes the breast cancer and leukemia developed independently of one another.

Fortunately, Kristin’s type of leukemia has a high five-year survival rate, 60 percent overall, as compared to 30 percent for other types of leukemia. Her prognosis is even brighter given that the leukemia has been in remission for two and a half years, Dr. Nakajima says.

As for Kristin, she was always confident. “My experience in Punta Cana set me up to be positive about the treatment I received at St. Luke’s,” she says. “I felt so lucky to have such a high level of care so close to home. That was the attitude that brought me through all of this.”

Kristin deeply appreciates the physicians, nurses and other staff members who helped her in her fights against cancer. “I got drafted into this war,” she says. “I stayed alive and showed up to do what I had to. They put their hands up and volunteered for this war. They suit up every day. They’re saints.”

Wanting to “earn the blessing she was given,” Kristen is committed to participating in efforts to raise both money and awareness of leukemia. In fact, she was nominated to run for Woman of the Year by the Leukemia and Lymphoma Society.

“Every single day, I wish that people had the same gratitude for life that I have without having to go through what I did,” she says. “It has fulfilled my life in ways I could never have imagined.” 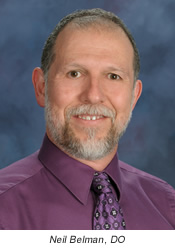 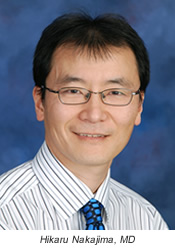