After being in and out of the hospital a couple times, I decided it was time to start taking my health seriously. After researching weight loss programs and attending an information session, I knew St. Luke’s was the best program in the area.

Tim Downey jokes that before having weight-loss surgery walking to the mailbox was a feat. Then, after losing 110 pounds and working out for months, he hiked 12,380 feet to the top of Mount Fuji, the tallest mountain in Japan. Even better, Downey, who owns a karate school, trained in Okinawa for 10 days with karate masters.

“I was able to keep up with the masters and do all the training they provided,” he said. “Before the weight loss, I never would have been able to do that.”

Years ago Tim was fit and worked out often but over time he stopped exercising and his diet deteriorated – most days consisting of three meals of fast food. He gained weight, developed high blood pressure, high cholesterol, sleep apnea and other health issues.

“I was in and out of the hospital a couple of times and was very sick,” Tim says. “I decided it was time to start taking my health seriously.” After researching weight loss programs and attending an informational session, he concluded St. Luke’s was the best program in the area and gastric sleeve surgery his best option.

His surgery occurred on Nov. 26, 2018, the Monday after Thanksgiving, and was performed by T. Javier Birriel, MD at the St. Luke’s Monroe Campus. Tuesday morning he was up walking about and the next day he was discharged from the hospital. On New Year’s Day, he joined a gym and began working out.

Within two months all of his health problems were gone. He no longer had high blood pressure or sleep apnea and his cholesterol levels were normal. He didn’t need any medications, no longer had seasonal allergies and hasn’t had even a cold since.

The weight came off easily at first. After six months, weight loss slowed so he concentrated on working out and watching what he ate. At nine months he reached his goal weight of 145 pounds Since then, he has focused on building muscle and has actually gained about 10 pounds. 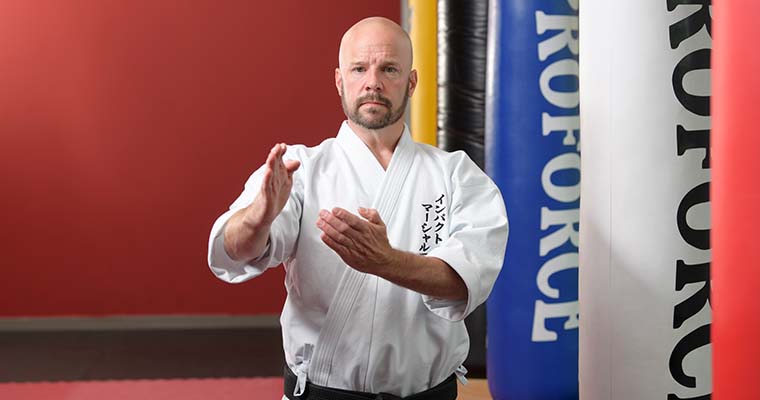 Today, a typical day for Tim consists of workouts at 6 am and during the lunch hour. In the evening he either teaches karate classes or does weight training. On Memorial Day, he completed a “Murph,” a crossfit workout in memory of Lt. Michael P. Murphy. It combines a one-mile run, 100 pull-ups, 200 push-ups, 300 air squats and a second one-mile run to finish off. Tim completed it in 44 minutes.

On most Sundays, he heads to the mountains for hiking, his preferred activity. Frequent trips to the Catskills or Adirondacks in New York state with his 16-year-old son has brought them closer.

“We’re able to bond in ways we weren’t able to before,” he says. “Previously, he would skateboard or play ball and I’d sit on the couch watching TV. Now I’m out there with him. The same thing is true with my oldest son, a U.S. Marine. Even though he isn’t home often when he is, we enjoy activities that I wasn’t able to do before. He has a hard time keeping up with me.”

In addition, Tim says his weight loss has made him more content and increased his energy, which has improved his effectiveness in all areas of his life, including his karate business. “For my students, I think it’s made me a better role model health wise,” he says.

Back to Patient Stories
EVENT CALENDAR View All