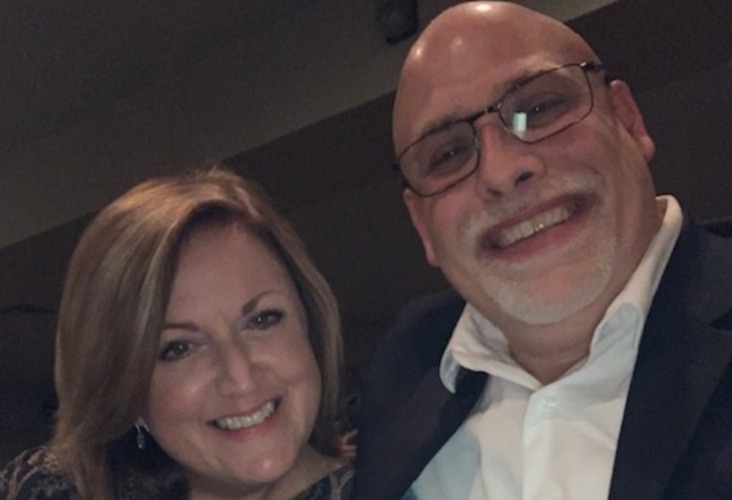 While she was involved in the opening of the St. Luke’s Monroe Campus medical office building, Michele often found herself on the “non-compliant” side of the parking rules. Rob Brands, the by-the-book, no-nonsense security manager at Monroe, was there to remind her of the rules every time. “No matter what happened, Michele had a “reason” to park on campus, and she was always caught,” Rob recalled with affection.

“I never realized the importance of knowing where to park when visiting the Monroe Campus, and Rob is the security manager who reminded me every time he saw me.” Michele teased back.

Michele is notoriously efficient, and that’s a good quality to have when you’re opening a new Regional Breast Center. But seemingly mundane details, like emailing security for badges, never crossed her mind … until her new staff couldn’t enter the building. She found herself calling Rob and begging for access. “I know, I owe you an email… please!” Rob would always respond “of course, no problem...I look forward to your email.”

Then one day after a management meeting, Michele asked Rob if he wanted to grab lunch. He agreed. Their conversation was easy, and they shared common interests. Michele is an outdoor girl who works hard and plays hard. Rob is a hard-driven Marine who loves hunting and fishing. Both were single parents. The connection was mutual and soon they were planning their first date.

It would be a sunrise hike at the Delaware Water Gap, made memorable because Michele was recovering from foot surgery and wearing a boot. She felt she was up for it and proved her mettle when they came across a bear on the trail. Although it was a peaceful encounter, the proverbial joke “I don’t have to run fast, just faster than you!” was the proverbial joke of the day.

That day turned into weeks and months. And St. Luke’s continued to play a pivotal role throughout their courtship. Rob and Michele were married by Father Eric Johnson, St. Luke’s Chaplain, on March 20, 2021, right after the vaccines rolled out. It was a small wedding with a few friends and family. Alan Lynch, network director of safety and security, spoke at the wedding. Many of their friends and co-workers joined the celebration via Zoom. They were roasted by their kids and they slow danced for the first time.

Two of their six children work for the network as well: Rob’s son Robbie is a doctor of physical therapy at St. Luke’s at Hillcrest Plaza, and Michele’s daughter Martha is an ER tech at St. Luke’s Anderson Campus while attending classes to become a physician assistant.

Communication is crucial in a good relationship, and Rob and Michele keep no secrets. They know the cobwebs of each other's past that shaped their lives and brought them together. They synergistically complement each other. Michele believes Rob helps her to be more direct. “I was a great mom, but not a great dad. Rob helps me to be stronger and firmer.” On the contrary,

Rob admits to being rough around the edges. “Michele helps me to see the gray and softens my edges. She teaches me how to communicate better.”

“I do things to support Michele and her goals not because I should, but because I want to.” They share common values and know and support what they each want out of life. “There are many reasons to be thankful for the opportunity to work at St Luke’s University Health Network,” Michele explains. “This is my best reason. I met my husband there.” 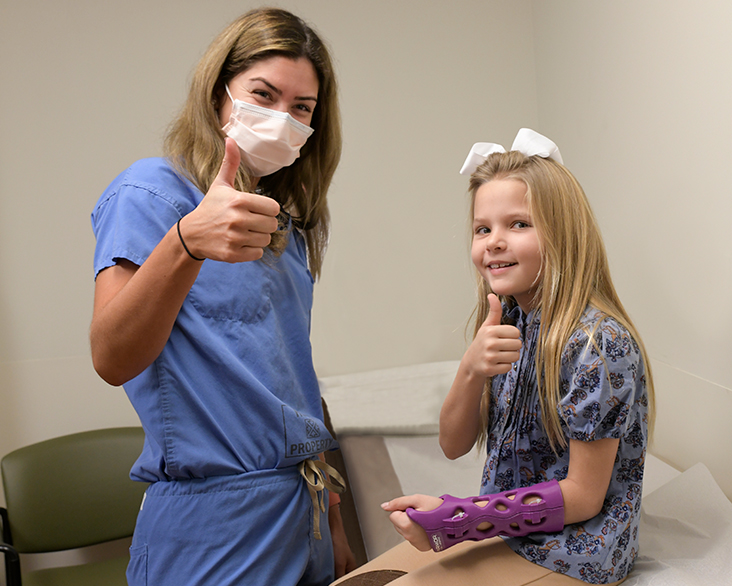 St. Luke’s becomes the first in the nation to use its in-house 3D Print and Innovation Lab to produce ActivArmor casts for upper extremity injuries. These removable, waterproof and durable 3-dimensional plastic casts have been employed at St. Luke’s Orthopedic Care for more than a year. 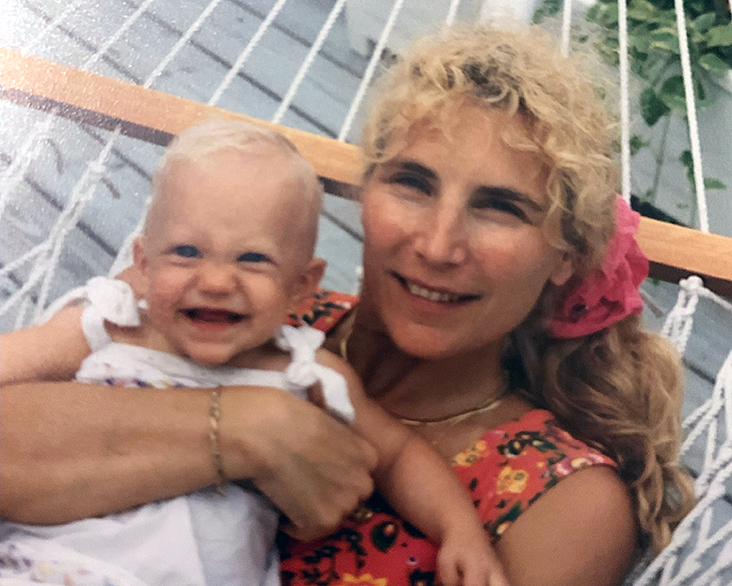 Graphic Designer’s Mother Credits St. Luke’s for Saving Both of Their Lives

Graphic designer Allyson Hawk, a creative marketing partner at St. Luke's University Health Network, began her relationship with St. Luke's, while still in her mother's womb. Due to a series of circumstances surrounding her birth, that connection may have saved both of their lives.