Cole Mickey’s clubfoot was discovered on a routine ultrasound while he was still in utero as a 20-week-old fetus.

Nicholas Grimm, DO, a pediatric orthopedic surgeon with St. Luke’s Orthopedic Care, knew just what to do.

“They saw it on the ultrasound and referred us to Dr. Grimm right away,” said Cole's mom, Brittney. “A few weeks after the ultrasound, we met with Dr. Grimm and he was super friendly, knowledgeable, and went over the whole process of treatment and assured us that Cole would run, walk, skip, jump and do all the things kids get to do.”

Dr. Grimm treated Cole with a series of casts and a tendon surgery. Cole, now one, just needs to wear a special boot at night until he’s four or five to keep everything in a corrected position. 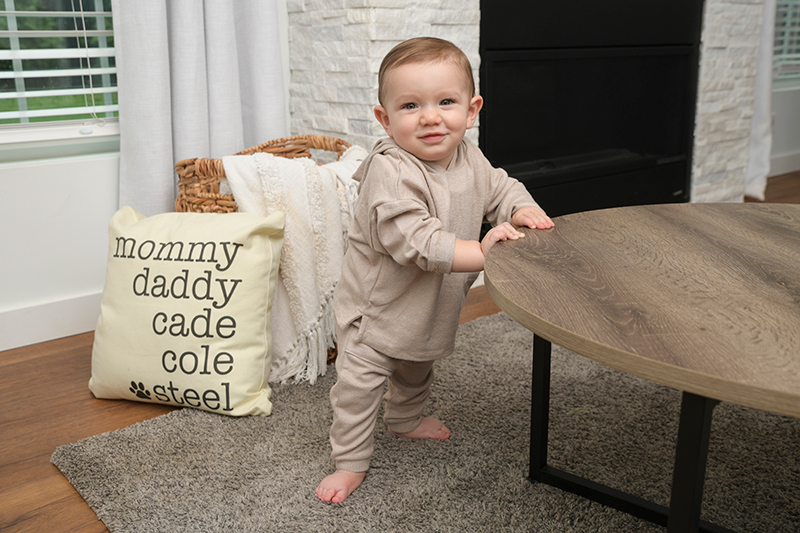 Cole Mickey is gaining his independence thanks to the
treatment he received from St. Luke’s Orthopedic Care.

Clubfoot is one of the most common congenital defects. The diagnosis is generally made during an ultrasound when the baby is still in utero. That gives parents ample time to be prepared for what to expect after the baby arrives.

Clubfoot occurs when the tendons and ligaments of the foot are contracted at birth, which causes a bent, twisted appearance that interferes with normal functionality and foot development.

How is it treated?

“In the past, most clubfoot cases were treated with surgery at a very young age,” Dr. Grimm said, “but over the past 40 years a casting protocol known as the Ponseti Method has become the gold standard of treatment for babies born with clubfoot.”

Clubfoot is diagnosed by a pediatric orthopedic surgeon in a clinical setting by examining a baby’s feet. These surgeons have completed an orthopedic residency and have additional specialized training in the orthopedic care of children.

“I will start with a series of casts done in a very specific pattern in a specific position of the foot,” Dr. Grimm said. “I change the cast every week, stretch the foot and change the cast to a new position. This usually takes five weeks.

After that fifth week, if necessary, a minor surgical procedure is done in the office to lengthen the Achilles’ tendon, and then the casting process continues for another three weeks before the lower legs are placed in special boot-like braces for three months full time, and then used only at nighttime until the child is 3-5 years old.

“Most kids do really well with this treatment,” Dr. Grimm said, “but some do reoccur, and additional procedures or surgeries are required as they get older. I follow most of these children throughout their childhood.”

Dr. Grimm said that the parents play a huge role in the early success of the casting procedures. They must care for the cast and braces and keep them in good condition. They must be stoic in resolve for enforcing use of the braces, even when the babies are crying or trying to remove them.

Cole is just about reaching the toddler stage, and mom and dad love watching him push his walker around like any other infant.

“It’s very exciting,” Brittney said. “Honestly, I think it’s an amazing method that has been created, and our experience with Dr. Grimm was so positive. Our entire treatment plan went smoothly. He was empathetic and attentive, and I’m really thankful that St. Luke’s has such wonderful professional staff like Dr. Grimm and his entire team.” 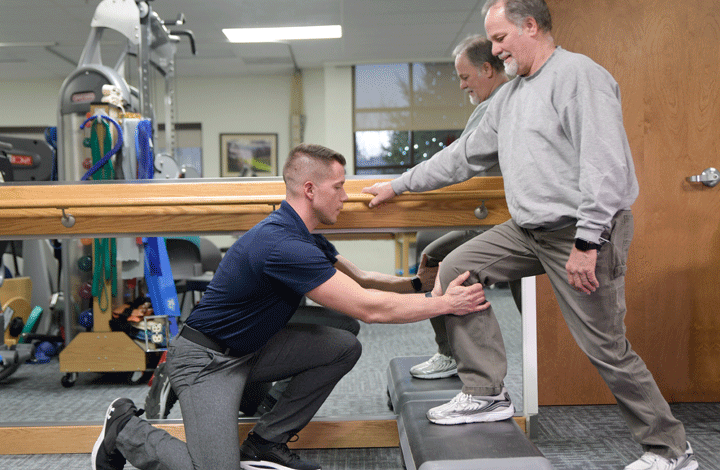