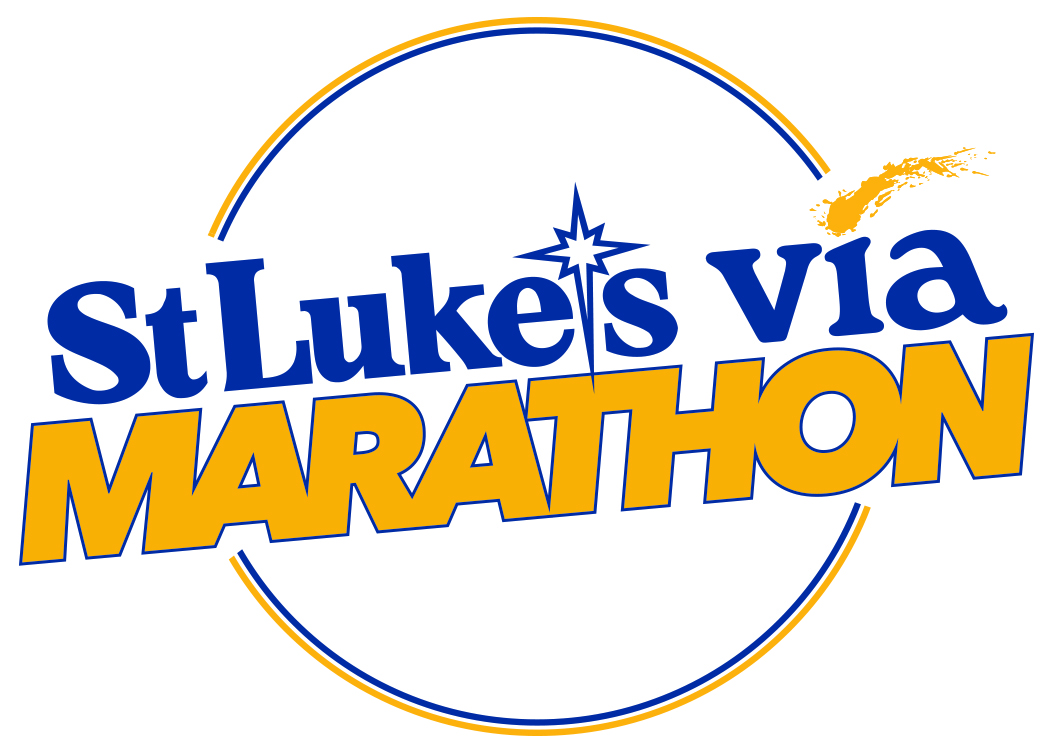 BETHLEHEM, PA – Via of the Lehigh Valley is proud to announce a new partnership with St. Luke’s University Health Network as the title sponsor of the Via Marathon – now the St. Luke’s Via Marathon.

“Via is thrilled to extend our collaboration with St. Luke’s University Health Network to include this event,” said Jessica Moyer, Vice Chair of the Board of Directors for Via. “Their unwavering commitment to excellence mirrors Via’s determination to provide the best services available to people with disabilities in the Lehigh Valley.  We look forward to working together on this event to make our community stronger and healthier, while simultaneously raising funds for Via’s vital services.”

Now in its 13th year, the St. Luke’s Via Marathon is the 6th best Boston Qualifier in the United States and one of the fastest races in the country, with an average race time of 3:59:48. The marathon, drawing thousands of athletes and family members from throughout the country, is the Lehigh Valley’s signature running event and Via’s largest annual fundraiser.

The marathon begins at 7:10 a.m. on Sunday, September 8, starting in Allentown and finishing in Easton. Also starting at the same time and place will be a relay marathon, as well as a half marathon finishing in Bethlehem.

“St. Luke’s is honored to be chosen by Via of the Lehigh Valley to be the title sponsor of the Lehigh Valley’s signature running event,” said Bill Moyer, President of St. Luke’s West Region and the Allentown Campus. “We see this as an incredible opportunity to serve our community in more than one way. By supporting the marathon, we not only promote health and fitness but also benefit Via’s wonderful work on behalf of children and adults with disabilities.”

The name change is just one of numerous improvements. In 2019, the St. Luke’s Via Marathon will:

Andy Deschenes of DMSE Sports has served as Race Director since 2018. DMSE has produced more than 1,000 events nationwide since 1981, including the Boston Marathon.

“When DMSE contracted with Via for their 2018 race, we were blown away by how the community embraced this event, and we were inspired by its potential,” said Deschenes.   “We’re excited to continue to work on this race’s growth and evolution with St. Luke’s as the title sponsor.”

Registration for the St. Luke’s Via Marathon is open at www.ViaMarathon.org.

Jillian Lovejoy, Communications Director, Via of the Lehigh Valley,
484-893-5399, J.Lovejoy@ViaNet.org

Via of the Lehigh Valley is a non-profit agency that provides services for children and adults with disabilities in Lehigh, Northampton, Carbon, Monroe, Pike, Berks and Bucks counties.  Via's mission is to help the people we serve reach their full potential.  Serving the community since 1952, Via's staff helps individuals and families from birth through retirement to gain life skills, obtain meaningful employment and develop social connections.  Visit www.ViaNet.org to learn more about Via’s services.

Founded in 1872, St. Luke’s University Health Network (SLUHN) is a fully integrated, regional, non-profit network of more than 14,000 employees providing services at 10 hospitals and more than 300 outpatient sites.  With annual net revenue greater than $2 billion, the Network’s service area includes 10 counties: Lehigh, Northampton, Berks, Bucks, Carbon, Montgomery, Monroe and Schuylkill counties in Pennsylvania and Warren and Hunterdon counties in New Jersey.  Dedicated to advancing medical education, St. Luke’s is the preeminent teaching hospital in central-eastern Pennsylvania.  In partnership with Temple University, St. Luke’s created the region’s first and only regional medical school campus.  It also operates the nation’s longest continuously operating School of Nursing, established in 1884, and 28 fully accredited graduate medical educational programs with 226 residents and fellows.  St. Luke’s is the only health care system in central-eastern Pennsylvania to earn Medicare’s five-star rating (the highest) for quality, efficiency and patient satisfaction.  In 2018, St. Luke’s was named a Top Hospital in the Teaching Hospital category by the Leapfrog Group.  It has repeatedly earned the 100 Top Major Teaching Hospital designation from IBM Watson Health (formerly Truven Health Analytics) – six times total and four years in a row including 2018.  It has also been cited by IBM Watson Health as a 50 Top Cardiovascular Program.  Utilizing the EPIC electronic medical record (EMR) system for both inpatient and outpatient services, the Network is a multi-year recipient of the Most Wired award recognizing the breadth of the SLUHN’s information technology applications such as telehealth, online scheduling and online pricing information.  St. Luke’s is also recognized as one of the state’s lowest cost providers.