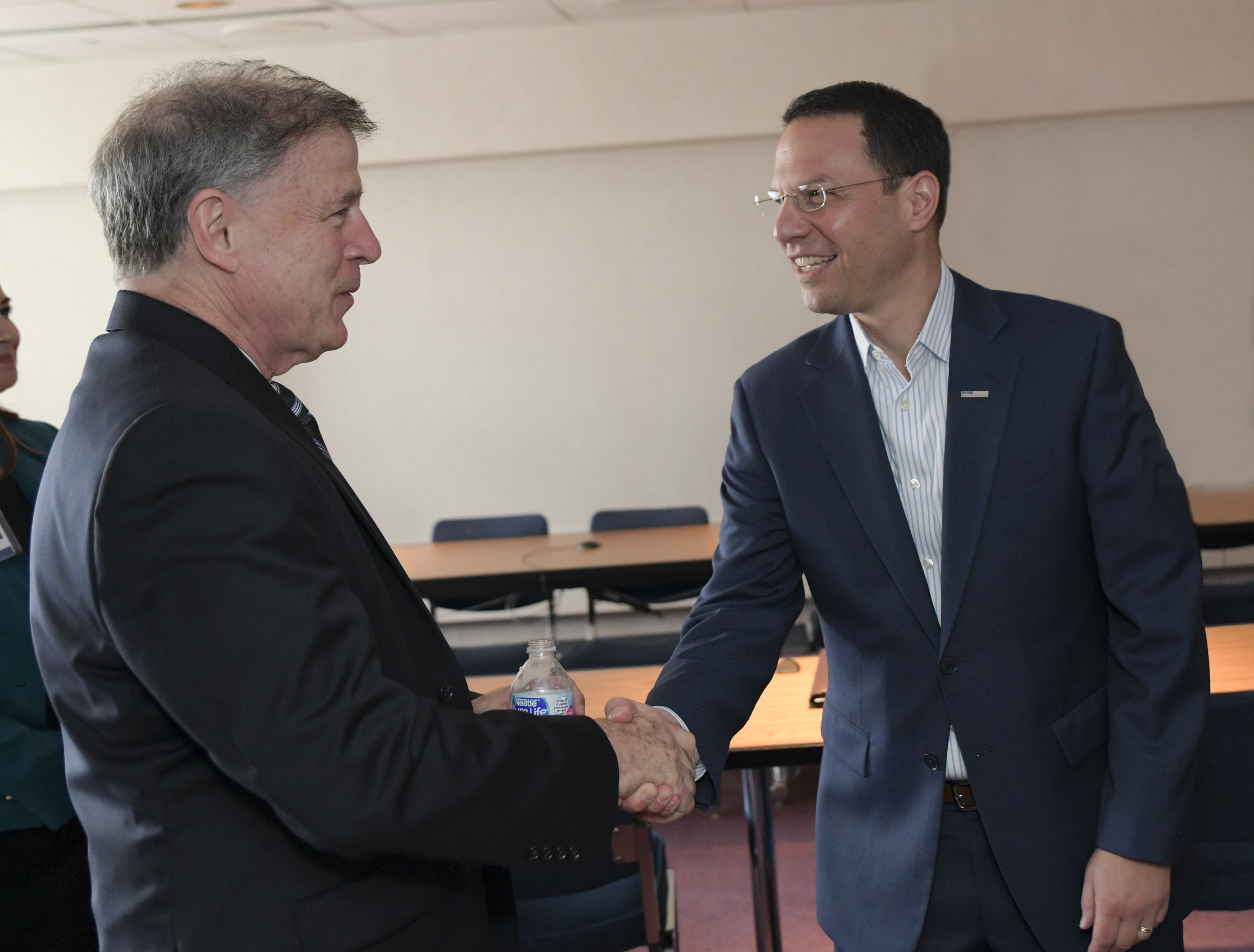 St. Luke's invited Shapiro and his staff to visit the hospital to see the investment that the Network has made in the hospital and the community.

"The Pennsylvania Office of the Attorney General is tasked with reviewing hospital merger agreements to ensure compliance with antitrust laws, so it was an honor to be able to show the General and his staff the promises that were fulfilled to the Commonwealth and the community as part of this merger," said Melissa Shafer, Assistant Vice President of Government Affairs for St. Luke’s.

St. Luke’s Sacred Heart President Frank Ford provided Shapiro with a tour of the campus, showcasing recent renovations to the Behavioral Health Unit, patient rooms and community use areas.  St. Luke’s has invested over $30 million in the past year at Sacred Heart Hospital, including facility renovations and a $10-million conversion to the Epic electronic medical record system.

"Sacred Heart is proud to participate in the Lehigh County Warm Hand Off Program, which allows us to help our patients get the recovery assistance they need in a timely fashion," Pequeno said.

Founded in 1872, St. Luke’s University Health Network (SLUHN) is a fully integrated, regional, non-profit network of more than 15,000 employees providing services at 10 hospitals and over 320 outpatient sites.  With annual net revenue greater than $2 billion, the Network’s service area includes 10 counties: Lehigh, Northampton, Berks, Bucks, Carbon, Montgomery, Monroe and Schuylkill counties in Pennsylvania and Warren and Hunterdon counties in New Jersey.  Dedicated to advancing medical education, St. Luke’s is the preeminent teaching hospital in central-eastern Pennsylvania.  In partnership with Temple University, St. Luke’s created the Lehigh Valley’s first and only regional medical school campus.  It also operates the nation’s longest continuously operating School of Nursing, established in 1884, and 28 fully accredited graduate medical educational programs with 226 residents and fellows.  St. Luke’s is the only Lehigh Valley-based health care system with Medicare’s five- and four-star ratings (the highest) for quality, efficiency and patient satisfaction.  St. Luke’s is both a Leapfrog Group and Healthgrades Top Hospital and a Newsweek World’s Best Hospital.  In 2019, three of IBM Watson Health’s 100 Top Hospitals were St. Luke’s hospitals.  St. Luke’s University Hospital has earned the 100 Top Major Teaching Hospital designation from IBM Watson Health seven times total and five years in a row. St. Luke’s has also been cited by IBM Watson Health as a 50 Top Cardiovascular Program.  Utilizing the Epic electronic medical record (EMR) system for both inpatient and outpatient services, the Network is a multi-year recipient of the Most Wired award recognizing the breadth of the SLUHN’s information technology applications such as telehealth, online scheduling and online pricing information.  St. Luke’s is also recognized as one of the state’s lowest cost providers.