The Saucon Valley High School Girls Tennis Team has made a donation toward the Art Cart at St. Luke’s University Hospital’s Bethlehem campus in memory of Erica Curtis, who died at age 40 in May after a two-year battle with cancer.

Erica’s parents, Neil and Lyndell Curtis of Bethlehem, are raising money to name the Art Cart in memory of Erica.  The Art Cart allows hospitalized patients to engage in therapeutic artistic expression during their hospital stay.

“Erica would be thrilled to know that the Art Cart is being named after her because it impacts people’s lives in our own community on a daily basis,” Lyndell Curtis said.

The tennis team donated the money it raised from having a snack stand at the Colonial League JV Tennis Tournament that Saucon Valley High School hosts every year. The team’s coach, Joanne Ochse, had met Mr. Curtis, a tennis pro in the Lehigh Valley and graduate of Saucon Valley High School, through their work and service on the Tennis Scholar Athlete Committee. When Ochse heard about Erica’s death from colon cancer, she wanted to do something to show her respect, she said. Ochse is hoping that the team’s contribution can become an annual event.

Other friends and family members have made contributions to the Art Cart in Erica’s memory as well.

As a patient at St. Luke’s, Erica found comfort managing her cancer by creating pieces of jewelry with materials from the Art Cart, which an art therapist brings to oncology patients in their rooms and to the infusion center where they receive chemotherapy as outpatients. At a low point in Erica’s treatment, when she was feeling defeated and hopeless, she started working on a necklace (see attached photo) that has become a cherished family heirloom, her mother said. 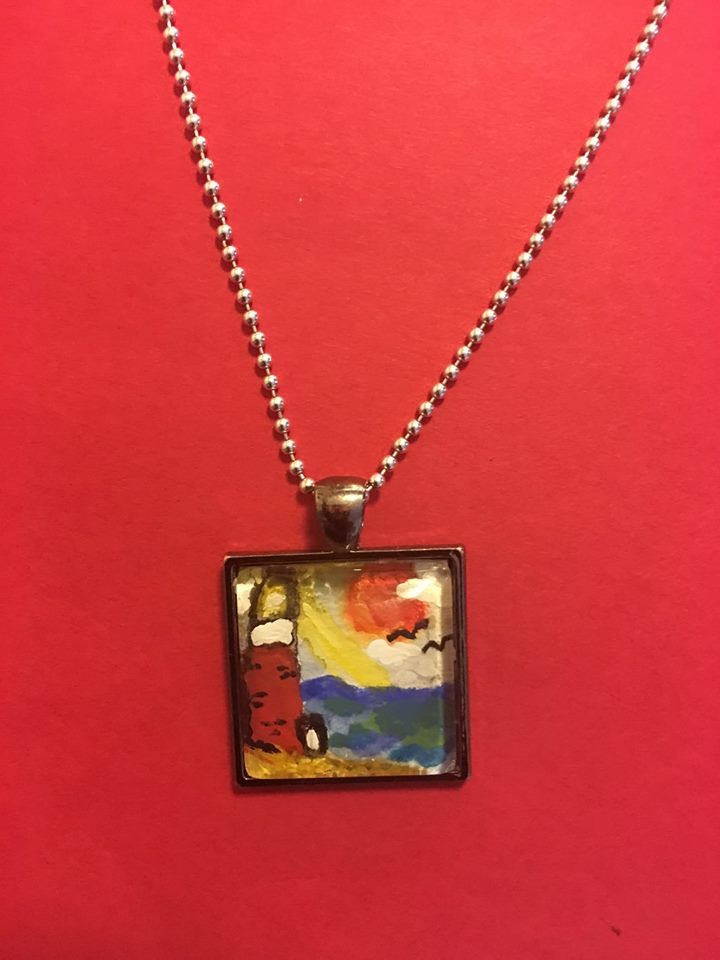 “While Erica was engaged in creating, I saw her will, and her strength, and even a little bit of her feisty spirit revive! This became a 'good day,' thanks to the Art Cart,” Lyndell Curtis said.

The Curtises are hoping that they can help other cancer patients by bringing “Erica’s Art Cart” to their rooms, too.

Contributions can be sent to St. Luke's University Health Network, Development Office, 801 Ostrum St., Bethlehem, PA 18015. They should be marked: In support of “Erica’s Art Cart.”