Home News Get-Your-Head-In-The-Game
Get Your Head In The Game? Concussions Continue To Be A Point Of Emphasis In Sports, Including Soccer

Get Your Head In The Game?
Concussions Continue To Be A Point Of Emphasis In Sports, Including Soccer 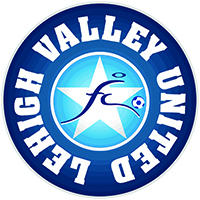 Bethlehem, PA (8/5/2016) – As the popularity of youth soccer continues to grow, concussion identification, treatment and prevention are points of emphasis for coaches, the United States Soccer Foundation and the medical community.

One of the common misconceptions about youth soccer-sustained concussions is that a majority of concussions occur from “heading,” or hitting the ball off the head. About one-third of all concussions are from heading, a large majority of the rest are caused when players are upended and knocked to the ground, hitting their head, or from direct head-to-head contact.

Lehigh Valley United, a U.S. Soccer Development Academy member, is following U.S. Soccer Foundation guidelines, as part of the Safer Soccer Campaign, prohibiting heading for players on U-11 teams in games and practices and limiting heading in practices for U-12 and U-13 players. 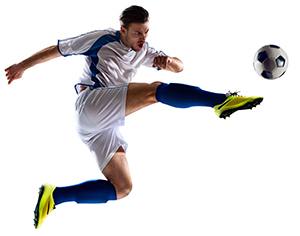 Greg Ramos, Executive Director of Lehigh Valley United, says the club’s coaches focus on teaching proper technique to help players avoid concussions, including using their arms to create a safe distance between other players and strengthening their core to minimize the effects of contact.

“Any contact from the shoulders up, we do an on-field evaluation,” Ramos said. “We always rely on the athletic trainers on the field to determine whether a concussion evaluation is required.”

Studies have shown that rule enforcement to limit player-to-player contact would help eliminate up to 60 percent of concussions and reduce other soccer injuries, such as sprained ankles and wrists and ligament injuries.

John Hauth, St. Luke’s Senior Director of Sports Medicine Relationships for St. Luke’s, says symptoms of a concussion aren’t always apparent immediately after an injury. Headache and dizziness are the most commonly-reported symptoms immediately following a concussion. Tingling, weakness, slurred speech and vision problems are less common. Some athletes report not feeling any symptoms after a concussive blow.

“You have to be more conservative with younger athletes,” Hauth said. “Concussions are brain injuries, and chronic injuries to the brain lead to long-term issues and can affect academic performance.”

Maheep Vikram, MD, a St. Luke’s Sports Medicine Specialist, explained that the process for evaluation and treatment of a concussion isn’t the same for every athlete.

“There are several important factors for determining long-term recovery from a concussion,” Vikram said. “We have to look at the frequency of concussions, how long it’s taking for the athlete to recover and also what type of impact caused the concussion, was it a heading or some other type of trauma.

“There’s a misconception that you have to hit your head to sustain a concussion,” Vikram added. “Any sudden, violent movement of the head and neck, when a player isn’t prepared for it, could result in a concussion.”

Treatment of concussions can differ from case-to-case, Vikram said.

“The brain is still maturing until age 21,” he said. “The younger the athlete, the more long-term damage can be caused by a concussion. After multiple concussions, it’s often important to discuss with the athlete whether it is safe for them to continue to play contact sports.”