St. Luke’s Extraordinary Care Becomes a Tradition for This Family

But for the Walther Family of Bethlehem Township, with two sets of twins, two other dates are just as indelibly marked: July 26, 2012 and June 11, 2015. And no, those aren’t birthdays.

On June 26, 2012, Rick, the father, had surgery to repair a torn biceps, the same day that daughter Julia had reconstruction surgery for a torn anterior cruciate ligament in her knee. On June 11, 2015, younger daughter Madison and Julia’s twin, Hayley, both had ACL reconstructions.

All those surgeries were performed through minimally invasive arthroscopic surgery by Dr. Nicholas Avallone, an orthopedic surgeon with St. Luke’s Orthopedic Care, and the rehabilitation therapy was done through Physical Therapy at St. Luke’s Warren Campus.

“All my kids have had some sort of orthopedic surgeries, some multiple times for the same injury,’ Rick says. “And all the females in my family have had a torn ACL, including my wife Gina, who went through physical therapy and never went through with surgery.”

Those are some extraordinary circumstances for the Walther family.

“It’s unusual for sure,” Dr. Avallone agrees. “There have been a few cases in my career where I’ve seen an entire family, but certainly it’s unusual for orthopedic surgeries, normally just to treat tendinitis or a broken toe, but not for operative procedures.” 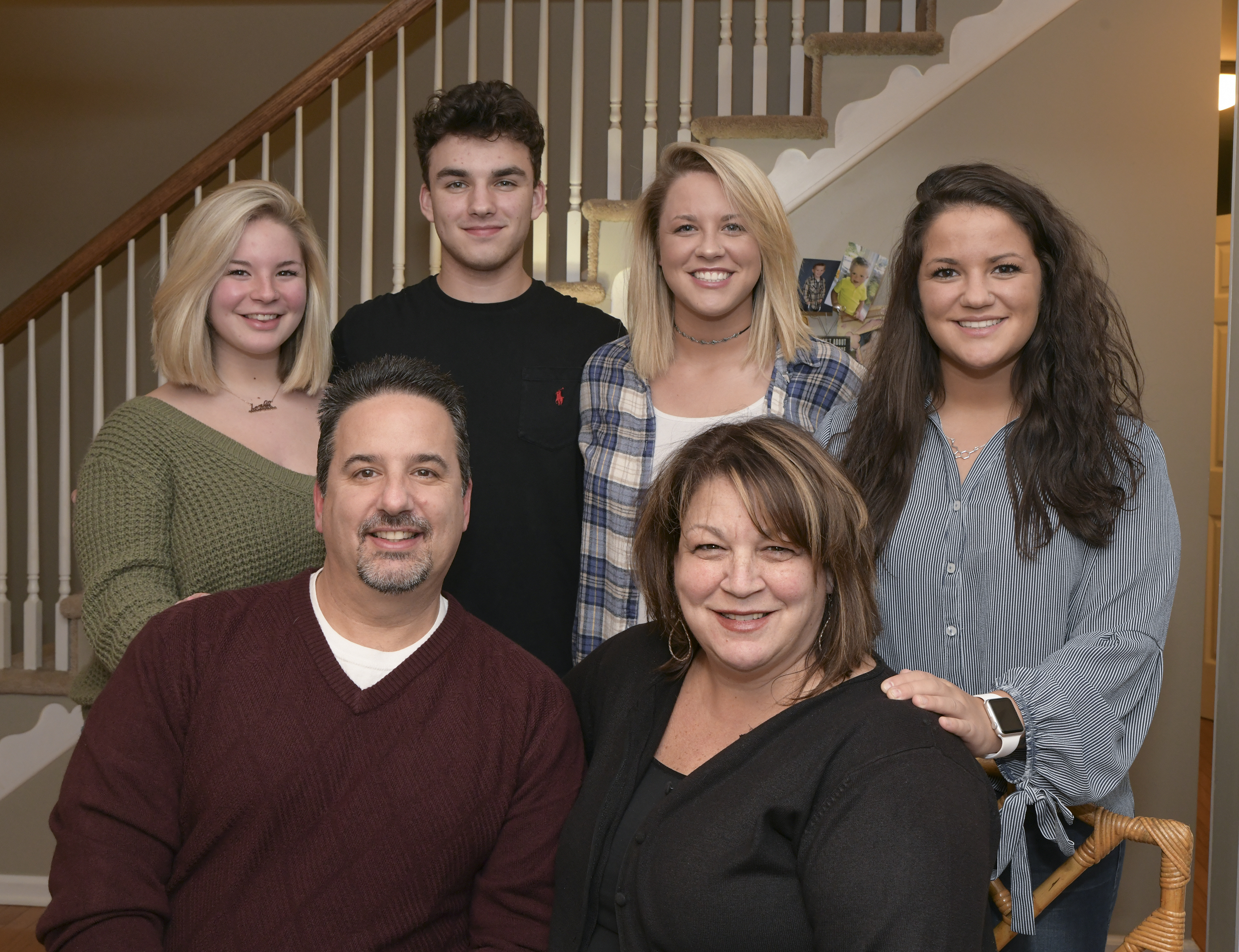 The three girls all tore their ACLs while playing soccer, R.J. injured his shoulder playing baseball while diving back into first base on a pickoff attempt by the pitcher, and Rick tore his biceps while moving things doing landscaping around the family home.

Hayley, now 21, and Madison, both tore their ACLs multiple times and had their first procedures performed by another surgeon.

Hayley, a goalie, tore hers once while playing at Freedom High School, and again when playing at Ramapo College in New Jersey, which caused her to give up the sport.

Madison, 16 and a junior at Freedom, also tore hers twice before going to Dr. Avallone for what appears now to have been the perfect fix.

Rick, an X-ray technologist who works at St. Luke’s Warren Campus, has occasion to work with Dr. Avallone and admired his attention to detail, his drive to stay on top of the latest techniques and research and his bedside manner with patients not named Walther.

“I know how precise he is, and he explains exactly what he’s going to do and how he treats people,” Rick says. “It makes me wonder why we didn’t go to him in the first place with Hayley and Madison. I have nothing but praise for Dr. Avallone and his staff as well as the St. Luke’s facilities we used to rehab back to a normal life.”

Dr. Avallone is thrilled with the Walther family’s determination, which he points to as reason each one has recovered so well.

“They’re all success stories, and I feel very fortunate about that,” Dr. Avallone says. “They had these significant injuries but they listened to the surgery advice and were diligent post-operatively.

And that’s pretty extraordinary in its own way.